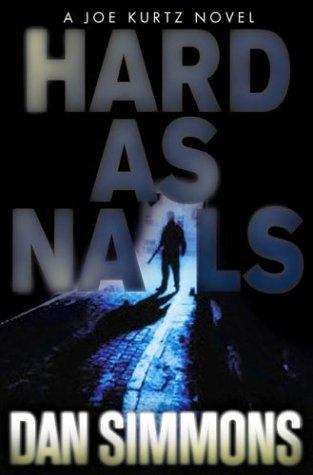 And at much greater expense to the woman who was standing next to him when the shots were fired.

He had a two p.m. appointment with his parole officer and he was there at the Civic Center on time. Because curb parking around the courthouse was almost impossible at that time of day, Kurtz used the parking garage under the combined civic, justice, and family court complex. The best thing about his parole officer was that she validated. ...

She didn't wait long. He heard the clack of her heels a few paces behind him, heading to his right.

"Wait!" cried Kurtz, turning toward her and raising his right hand.

O'Toole froze, looked startled, and lifted her purse where, he knew, she usually carried the Sig Pro.

The goddamned lights had been broken. When he'd come in less than half an hour earlier, there had been fluorescent lights every twenty-five feet or so, but half of those were out. The pools of darkness between the remaining lights were wide and black.

"Back!" shouted Kurtz, pointing toward the door from which they'd just emerged.

Looking at him as if he were crazy, but not visibly afraid, Peg O'Toole put her hand in her purse and started to pull the Sig Pro.

When Kurtz awoke in the hospital, he knew at once that he'd been shot, but he couldn't remember when or where it happened, or who did it. He had the feeling that someone had been with him but he couldn't bring back any details and any attempt to do so hammered barbed spikes through his brain.

Kurtz knew the varieties and vintages of pain the way some men knew wines, but this pain in his head was already beyond the judging stage and well into the realm where screaming was the only sane response."