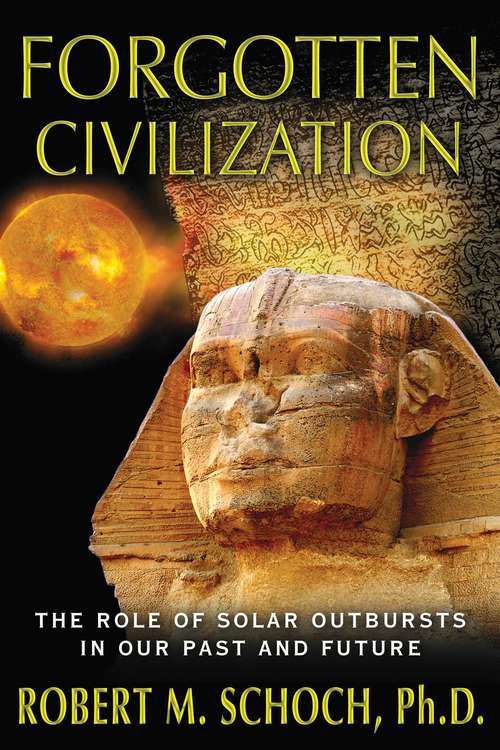 Scientific confirmation of advanced civilization at the end of the last ice age, the solar catastrophe that destroyed it, and what the evidence means for our future • Demonstrates, based on the 12,000-year-old megalithic complex of Göbekli Tepe, that advanced civilization extends thousands of years further back than generally acknowledged • Examines the catastrophic solar outbursts that ended the last ice age, wiping out antediluvian civilization and incinerating much of the evidence of that period • Reveals data that show solar outbursts powerful enough to devastate modern society could return in the future Building upon his revolutionary theory that the Sphinx dates back much further than 2500 BCE, geologist Robert Schoch reveals scientific evidence of advanced civilization predating ancient Egypt, Sumeria, and Greece, as well as the catastrophe that destroyed it nearly 12,000 years ago and what its legacy can teach us about our own future. Combining evidence from multiple scientific disciplines, Schoch shows how the last ice age ended abruptly in 9700 BCE due to coronal mass ejections from the Sun. These solar outbursts unleashed electrical/plasma discharges upon Earth and triggered volcanic activity, earthquakes, fires, and massive floods as glaciers melted and lightning strikes released torrential rains from the oceans. He explains how these events eradicated the civilization of the time and set humanity back thousands of years, only to reemerge around 3500 BCE with scattered memories and nascent abilities. He explores within this framework, how many megalithic monuments, underground cities, and ancient legends fall logically into place, as well as the reinterpreted Easter Island rongorongo texts and the intentional burial, 10,000 years ago, of the Göbekli Tepe complex in Turkey. Schoch reveals scientific evidence that shows how history could repeat itself with a coronal mass ejection powerful enough to devastate modern society. Weaving together a new view of the origins of civilization, the truths behind ancient wisdom, and the dynamics of the planet we live on, Schoch maintains we must heed the megalithic warning of the past and collectively prepare for future events.