The Mystery of Spring-Heeled Jack 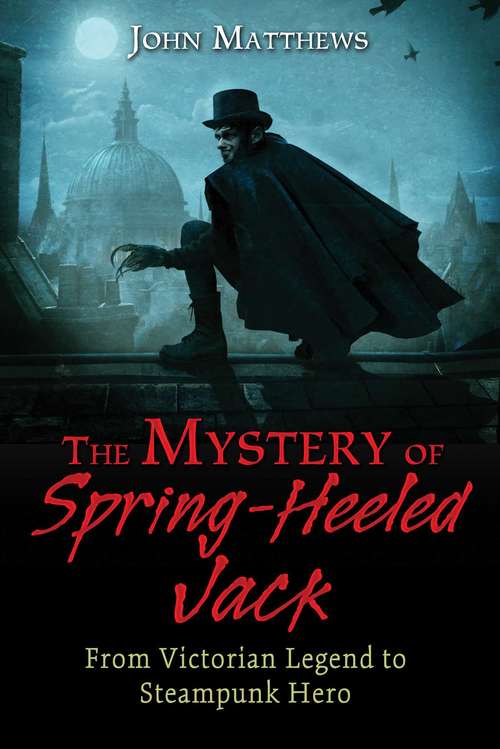 An extensive investigation of the origins and numerous sightings of the mysterious and terrifying figure known as Spring-Heeled Jack • Shares original 19th-century newspaper accounts of Spring-Heeled Jack encounters as well as 20th and 21st-century reports • Explains his connections to Jack the Ripper and the Slender Man • Explores his origins in earlier mythical beings from folklore, his Steampunk popularity, and the theory that he may be an alien from a high-gravity planet Spring-Heeled Jack--a tall, thin, bounding figure with bat-like wings, clawed hands, wheels of fire for eyes, and breath of blue flames--first leapt to public attention in Victorian London in 1838, springing over hedges and walls, from dark lanes and dank graveyards, to frighten and sometimes physically attack women. News of this strange and terrifying character quickly spread, but despite numerous sightings through 1904 he was never captured or identified. Exploring the vast urban legend surrounding this enigmatic figure, John Matthews explains how the Victorian fascination with strange phenomena and sinister figures paired with hysterical reports enabled Spring-Heeled Jack to be conjured into existence. Sharing original 19th-century newspaper accounts of Spring-Heeled Jack sightings and encounters, he also examines recent 20th and 21st-century reports, including a 1953 UFO-related sighting from Houston, Texas, and disturbing accounts of the Slender Man, who displays notable similarities with Jack. He traces Spring-Heeled Jack’s origins to earlier mythical beings from folklore, such as fairy creatures and land spirits, and explores the theory that Jack is an alien marooned on Earth whose leaping prowess is attributed to his home planet having far stronger gravity than ours. The author reveals how Jack the Ripper, although a different and much more violent character, chose to identify himself with the old, well-established figure of Spring-Heeled Jack. Providing an extensive look at Spring-Heeled Jack from his beginnings to the present, Matthews illustrates why the worldwide Steampunk community has so thoroughly embraced Jack.