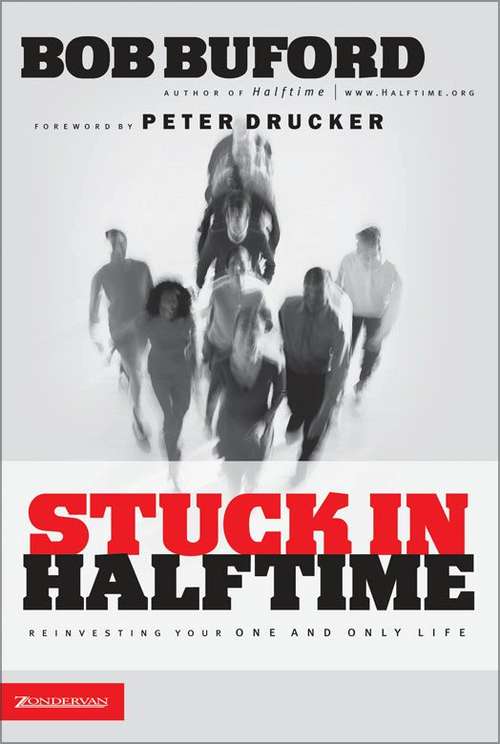 Since the release of Halftime in 1994, more than 150,000 people have purchased that book and begun a journey from success to significance. In a way that no one could have predicted, Halftime started a widespread movement viewing midlife as an opportunity rather than a crisis. It helped men and women between the ages of 35 and 50 realize they may have another thirty years of active, vibrant living ahead of them. And, according to author Buford, retirement is not the optimal option.

But now, many of the people who began the journey from success to significance have found themselves sidetracked, stuck in the middle of their transition.

Stuck in Halftime coaches readers how to get past the barriers that stand in their way to maturity and fulfillment. It outlines eight "myths of halftime" and explains the new set of rules for this second half of life’s journey. Combining practical guidance with personal stories of people who have become "unstuck," Stuck in Halftime renews the vision and determination of those who heard the "still, small voice of God" calling them to a life of significance.