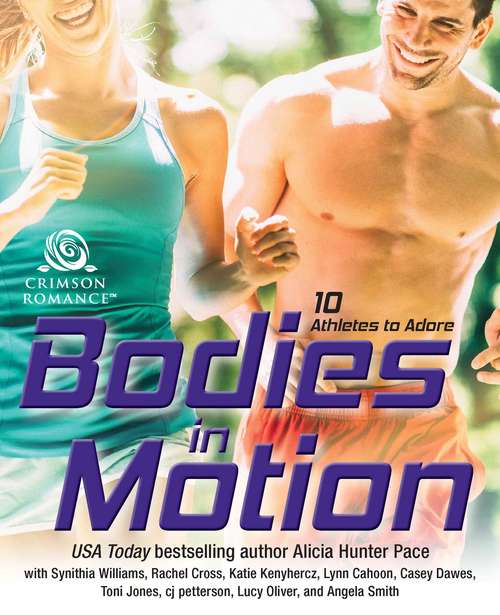 Working up a sweat has never been more fun than in this value-priced collection starring sexy, athletic heroes and the dynamic women who capture their hearts.Reforming Gabe: Once the NFL’s best wide receiver, Gabe Beauford’s been dropping the ball this season—literally. After his team loses the Super Bowl, he heads to Beauford to brood, but crossing paths with independent and talented jewelry maker Neyland MacKenzie puts a new gleam in his eye. She needs saving and he needs a project…But will his not-so-deft touch ruin her dreams and their chance at real love? Worth the Wait: Playboy and fitness instructor Jared Patterson seems like the perfect candidate to help Tasha Smith lose her long-held V-card. But what starts out as a one-time thing quickly turns into an affair neither wants to stop—even when it might get in the way of their futures. High Octane: Fueled: Texan rebel Maddux Bates’s bad behavior won him last year’s Formula One championship—and an image problem. Getting caught dating a sponsor’s girlfriend, oncologist Brynn Douglas, could sabotage this season too—but can anything slow this dynamic duo down when their relationship shifts into overdrive? On the Fly: Newly minted MBA Jacey Vaughn gets in over her head when her father unexpectedly leaves her his NHL team. She knows business, not hockey, but it doesn’t take her long to recognize that her flirtation with team captain Carter Phlynn is a danger to her professional reputation. With the Stanley Cup on the line, she must decide between her heart’s desire and her family’s legacy. The Bull Rider’s Brother: Lizzie Hudson is enjoying rodeo weekend to start her summer when James Sullivan, the cowboy who got away, walks his Justin Ropers back into her life. Can he learn to redefine family before she gives up on him and marries another? Montana Christmas Magic: Tennis pro Logan Collins inherits a cabin in rural Phillipsburg, Montana, that he’s not allowed to sell for six months. It’s just enough time to start a sweet relationship with artist and chocolatier Julie Thompson. But despite the trappings of permanence—a dog, a horse, and a woman who brings light into his dark days—his life is still in New York. He’ll have to persuade Julie that Christmas in Manhattan is just as inspiring, before the holidays put a final wrap on their relationship. No Secrets in Spandex: Allegations of drug use surround bike racer Jacob Hunter, and reporter Ariel Hays is ready to do anything to get that story—except reveal her own secrets. Choosing Carter: When Bryn McKay’s brother escapes from prison bent on revenge, she invites her best friend, naturalist and outdoor guide Carter Danielson, on a rafting trip to help her de-stress—and she wouldn’t mind if things turned romantic. But Carter is a recovering alcoholic who shies away from commitment. Then her brother shows up and they must flee for their lives. Will imminent danger prompt Carter to finally figure out where his heart lies? Winter Storms: Daniel’s sailing accident cost Carly her shot at Olympic dreams, while his own athletic success was unhindered. Now he’s returned and they’re stuck in the Cornish village where storms lash them from outside—and within. Final Mend: Jake Inman may be a triathlete, but he needs a private investigator to help him track down his kidnapped goddaughter in the wilderness. Winona Wall left the PI game, but now to save herself, she must team up with Jake—and avoid love at all costs. Sensuality Level: Sensual