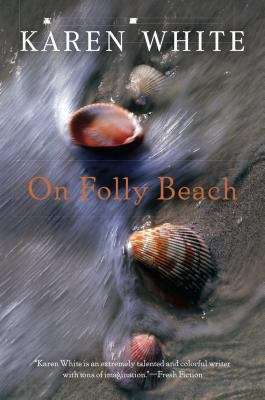 The latest Southern novel from the acclaimed bestselling and award- winning author of The Memory of Water. To most people, Folly Beach, South Carolina, is simply the last barrier island before the Atlantic. To some, it's a sanctuary, which is why Janie Hamilton's mother encourages her to buy the local book store, Folly's Finds, hoping it will distract Janie from the loss of her husband in Afghanistan. Janie is at first resistant, but intrigued after finding love letters and an image of a beautiful bottle tree in a box of used books from Folly's Finds, and decides to take the plunge. The store's seller insists on one condition: Janie must allow Lulu, the late owner's elderly sister, to continue selling her bottle trees from its back yard. Historically, bottle trees were brought by African slaves to the American South, and Janie had grown up with one in her backyard, and it has always been a symbol of refuge to her. Janie generally ignores Lulu as she sifts through the love letters, wanting to learn more. But the more she discovers of the letters' authors, the closer she feels to Lulu. As details of a possible murder and a mysterious disappearance during World War II are revealed, the two women discover that circumstances beyond their control, sixty years apart, have brought them together, here on Folly Beach. And it is here that their war-ravaged hearts can find hope for a second chance. . .