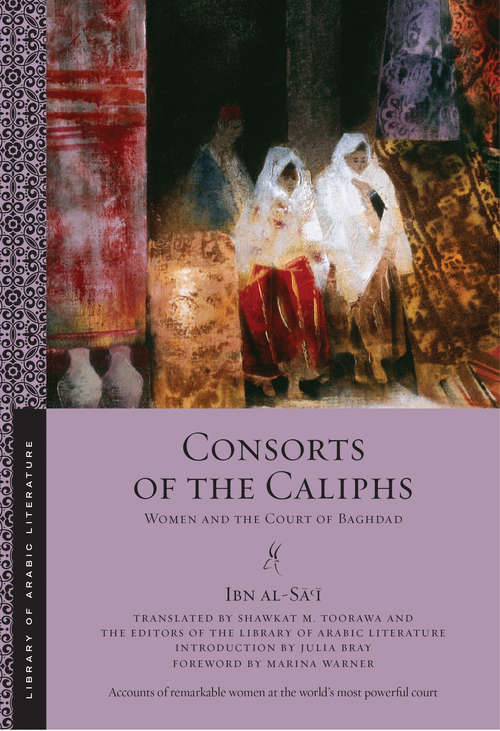 Lyrical biographical sketches of the concubines of ancient Baghdad

Consorts of the Caliphs is a seventh/thirteenth-century compilation of

anecdotes about thirty-eight women who were consorts to those in power, most of

and sultans. This slim but illuminating volume is one of the few surviving

In this work, Ibn al-Sa'i is keen to

lovers of the so-called golden age of Baghdad. Thus, from the earlier period,

we find Harun al-Rashid pining for his brother’s beautiful slave, Ghadir, and

the artistry of such musical and literary celebrities as Arib and Fadl, who

bested the male poets and singers of their day. From times closer to Ibn al-Sa?i’s own, we

meet women such as Banafsha, who endowed law colleges, had bridges built, and

led by caliphs; and noble Saljuq princesses from Afghanistan.

Informed by the author’s own sources, his

biographical sketches bring the belletristic culture of the Baghdad court to life,

particularly in the personal narratives and poetry of culture heroines