The Bhagavadgita in the Mahabharata 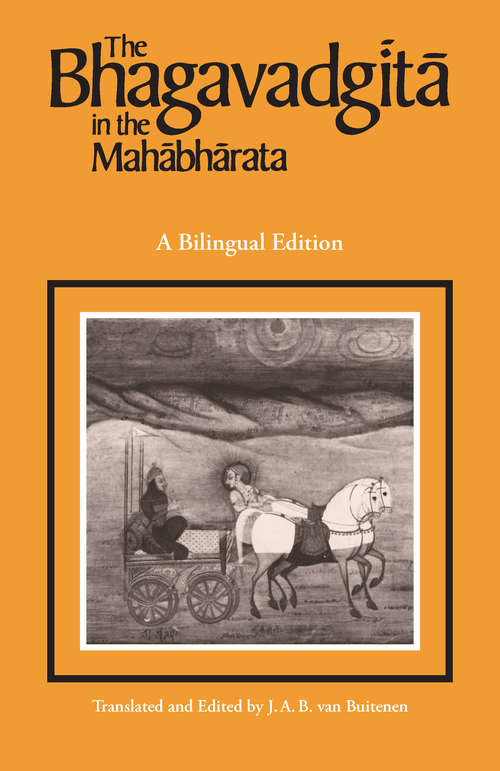 No other Sanskrit work approaches the Bhagavadgita in the influence it has exerted in the West. Philosophers such as Emerson and the other New England Transcendentalists were deeply affected by its insights, a dozen or more scholars, including Annie Besant and Mahatma Gandhi, have attempted its translation, and thousands of individuals struggling with the problems divided loyalties have found comfort and wisdom in its pages.

The Bhagavadgita ("Song of the Lord") tells of the young and virtuous Prince Arjuna who is driven to lead his forces into battle against an opposing army composed of close relatives and others whom he loves. The Lord Krsna, appearing in the poem as Arjuna's friend and charioteer, persuades him that he must do battle, and we see Arjuna changing from revulsion at the thought of killing members of his family to resignation and awareness of duty, to manly acceptance of his role as warrior and defender of his kingdom.

The Bhagavadgita is a self-contained episode in the Mahabharata, a vast collection of epics, legends, romances, theology, and metaphysical doctrine that reflects the history and culture of the whole of Hindu civilization. The present edition forms a part of J. A. B. van Buitenen's widely acclaimed translation of this great work. Here English and Sanskrit are printed on facing pages, enabling those with some knowledge of Sanskrit to appreciate van Buitenen's accurate rendering of the intimate, familial tone and directness of the original poem.