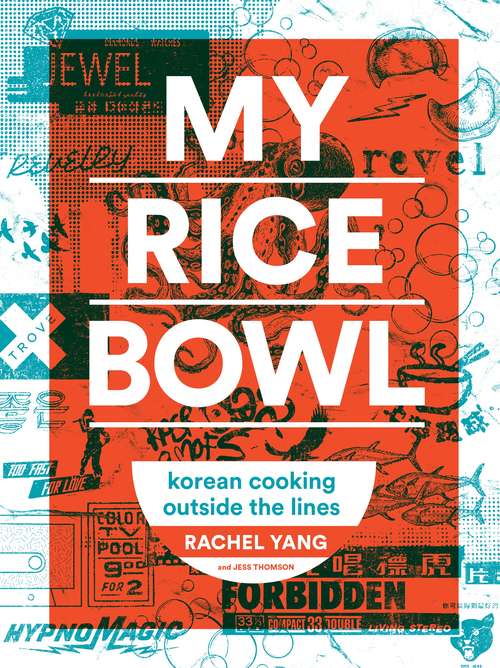 From James Beard Best Chef-nominee Rachel Yang, My Rice Bowl is a cookbook with 75 recipes based on her deeply comforting Korean fusion cuisine, inspired by cultures from around the world. As co-owner of the popular Seattle restaurants, Joule, Trove, and Revel, and Portland's Revelry, chef Rachel Yang delights with her unique Korean fusion—think noodles, dumplings, pickles, pancakes, and barbecue. Along with her husband, Seif Chirchi, Yang serves food that exemplifies cross-cultural cooking at its most gratifying. In the cookbook you’ll find the restaurants’ kimchi recipe, of course, but there’s so much more—seaweed noodles with crab and crème fraîche, tahini-garlic grilled pork belly, fried cauliflower with miso bagna cauda, chipotle-spiked pad thai, Korean-taco pickles, and the ultimate Korean fried chicken (served with peanut brittle shards for extra crunch). There are rice bowls too—with everything from lamb curry to charred shiitake mushrooms—but this book goes way beyond bibimbap. In many ways, the book, like Yang’s restaurants, is analogous to a rice bowl; underpinning everything is Yang’s strict childhood in Korea and the food memories it engrained in her. But on top you’ll taste a mosaic of flavors from across the globe, plus a dash of her culinary alma maters, Per Se and Alain Ducasse. This is the authentic, cutting-edge fusion food of a Korean immigrant who tried everything she could to become an American, but only became one when she realized that her culture—among many—is what makes America so delicious today.