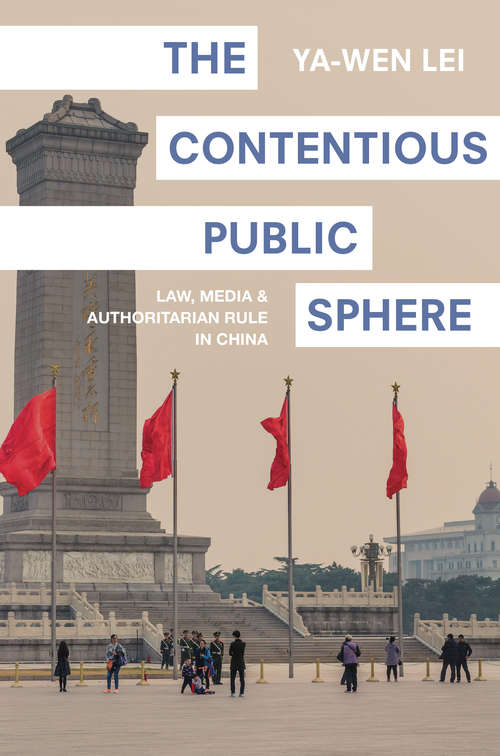 Since the mid-2000s, public opinion and debate in China have become increasingly common and consequential, despite the ongoing censorship of speech and regulation of civil society. How did this happen? In The Contentious Public Sphere, Ya-Wen Lei shows how the Chinese state drew on law, the media, and the Internet to further an authoritarian project of modernization, but in so doing, inadvertently created a nationwide public sphere in China—one the state must now endeavor to control. Lei examines the influence this unruly sphere has had on Chinese politics and the ways that the state has responded.Using interviews, newspaper articles, online texts, official documents, and national surveys, Lei shows that the development of the public sphere in China has provided an unprecedented forum for citizens to influence the public agenda, demand accountability from the government, and organize around the concepts of law and rights. She demonstrates how citizens came to understand themselves as legal subjects, how legal and media professionals began to collaborate in unexpected ways, and how existing conditions of political and economic fragmentation created unintended opportunities for political critique, particularly with the rise of the Internet. The emergence of this public sphere—and its uncertain future—is a pressing issue with important implications for the political prospects of the Chinese people.Investigating how individuals learn to use public discourse to influence politics, The Contentious Public Sphere offers new possibilities for thinking about the transformation of state-society relations.