The Expedition of Humphry Clinker 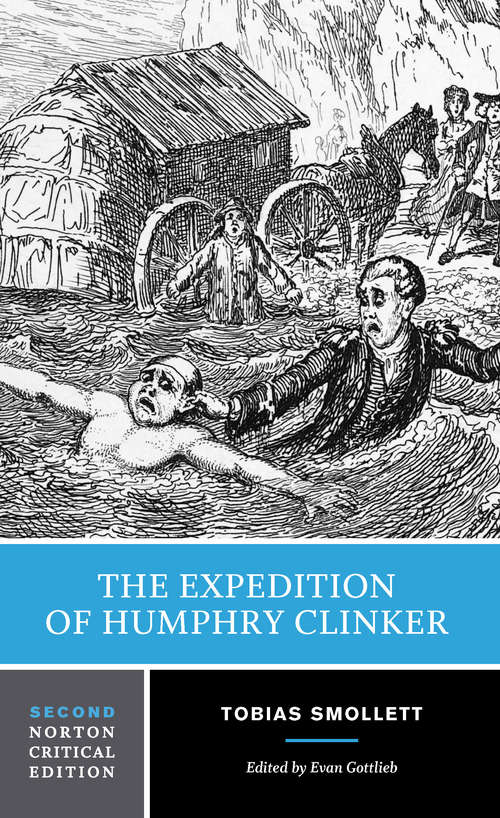 In his last and finest novel, Tobias Smollett uses multiple letter writers to create a very funny and nearly kaleidoscopic vision of life in mid eighteenth-century Britain. As his protagonists travel about the countryside on their quest to restore patriarch Matthew Bramble's health, they unwittingly succeed in uniting Britain across boundaries of nation, class, religion, and gender. The text of this Norton Critical Edition is again based on the first edition of 1771. It is accompanied by explanatory footnotes, illustrations by Thomas Rowlandson for the 1793 edition, and a map by Charles Scavey. A new "Backgrounds and Contexts" section includes selections from Smollett's popular early poetry as well as important later nonfiction writing on history and the novel and the Anglo-Scottish Union, among others. "Criticism" is divided into two sections and presents the most important reviews and scholarly assessments of The Expedition of Humphry Clinker. "Early Reviews and Criticism" collects four major reviews from 1771 along with Sir Walter Scott's 1821 preface to the novel. "Contemporary Criticism" focuses on recent scholarship, with its emphasis on Smollett's connection and relevance to topics of critical interest, including nationalism, colonialism, the history of the novel, gender studies, and the histories of religion and medicine. Contributors include Eric Rothstein, John Zomchick, Robert Mayer, Charlotte Sussman, David Weed, Evan Gottlieb, Tara Ghoshal Wallace, Misty G. Anderson, and Annika Mann. A chronology of Smollett's life and work and a selected bibliography are also included.