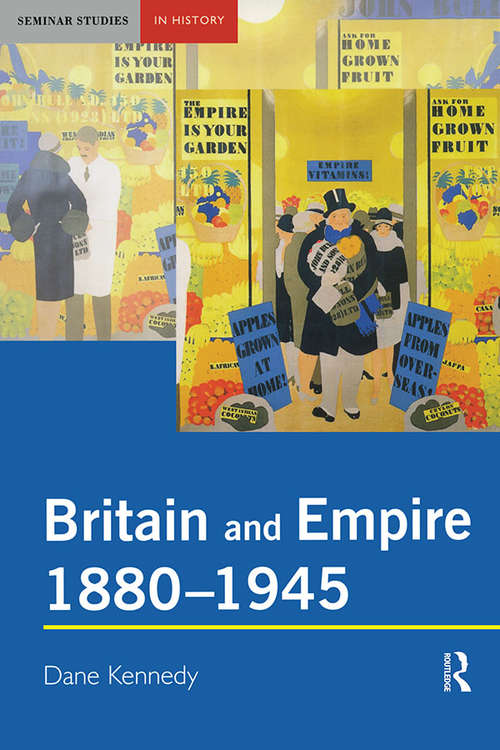 Britain and Empire, 1880-1945 traces the relationship between Britain and its empire during a period when the two spheres intersected with one another to an unprecedented degree. The story starts with the imperial expansion of the late nineteenth century and ends with the Second World War, at the end of which Britain was on the brink of decolonisation.

The author shows how empire came to figure into almost every important development that marked Britain¿s response to the upheavals of the late nineteenth century and first half of the twentieth century. He examines its influence on foreign policy, party politics, social reforms, cultural practices, and national identity. At the same time, he shows how domestic developments affected imperial policies.

Written in an engaging and accessible manner, this book:

integrates British and imperial history in a single narrative provides a useful synthesis of recent historical research in the area analyses topics ranging from ideology and culture to politics and foreign affairs contains a chronology, glossary, who¿s who and guide to further reading

Britain and Empire, 1880-1945 provides an up-to-date, accessible survey, ideal for students coming to the subject for the first time.