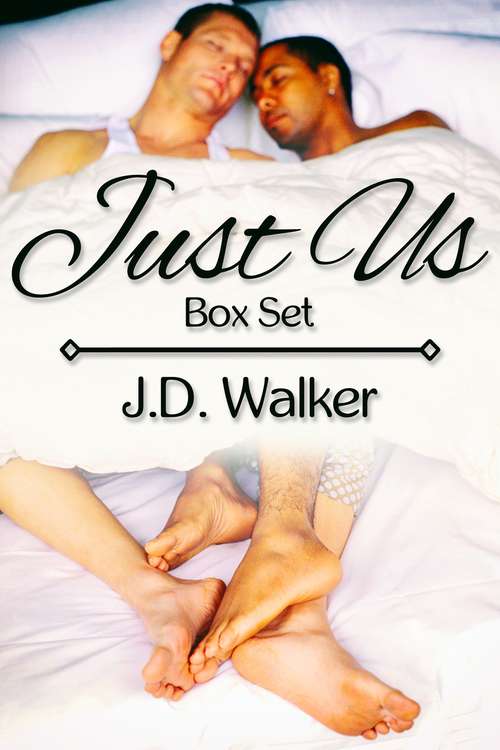 Ten of J.D. Walker's best-selling interracial gay romance are now together in one box set! Contains the stories:And This Is Ed: Ed is a laidback guy who works as a housekeeping manager and takes care of the elderly in his spare time. He’s a very private person, but there’s more to Ed than meets the eye. Titus discovers this when he befriends Ed. But a stupid bet derails their relationship. Now Titus has figure out how to get Ed to give him another chance.Can't Buy His Love: Wheeler is attracted to Gregory, which is funny, since Wheeler usually avoids commitment like the plague. When Wheeler saves a child’s life, Gregory sees him with new eyes. Together, they forge a new beginning for both of them: one learning how to open his heart, the other, how to let love in.Copy Me, Unrequited: Theodore loves Henry, but he knows it's one-sided. Sheldon has the hots for Theodore, but it never goes anywhere. When Sheldon signs a one-year lease for the apartment complex where Theodore lives, Henry sees the attraction between the two and plays cupid.He's So Heavy: One look at Thorn and Bill wants him for his own. Problem is, Thorn is trouble and Bill can recognize someone going downhill, fast. Bill’s offer of help is rebuffed, but when Thorn shows up on Bill’s doorstep, he doesn’t hesitate to help. Thorn is the love of his life and Bill would do anything for him. Even let him go, if he has to.Keys to His Heart: While Grady helps his mom rehearse for a show, he bumps into Tim . The instant lust he feels almost blinds him, but Tim isn’t interested in casual sex. After some false steps, the two decide to take it slow, and after a month of blue balls, they finally become intimate. Does Tim hold the keys to Grady's heart?Let the Song Last Forever: Evan has feelings for Chuck, but being betrayed and outed in high school has left scars on his heart. He cools things off with Chuck, but Chuck won’t let things go. The two have an argument, ending in a broken nose. When huck still professes his love, Evan has to find a way to make things right.Loving Me, Loving You: Hanson is tired of his job, and of doing things to please his mother. A harrowing encounter leads him to Lindsey, a man he’s sure would never look at him twice. But he is looking, and Hanson doesn’t know what to do about it.Purple Daze: When Gabe meets Beebub , he knows it’s love. But his best friend is larger than life and not meant for the small town in which they live, and all too soon, he goes away to college. The day Beebub comes home, all the feelings Gabe has tried to bury return to the surface, and resentment rules his actions. Beebub wants Gabe, but Gabe, he’s not so sure anymore.Something About Lud: Deacon detests Ludwig as a roomie. Lud is really nice to look at, but the man is messy and lacking in hygiene. Still, there’s just something about him that keeps Deacon from throwing Lud out on the street. And when Deacon finds out the reasons behind Lud’s behavior, the truth can either bring them together, or tear them apart.The Cookie Said Red: Cisco’s fortune cookie reads, "Red is the color of your heart's desire." When his date turns up wearing a red shirt, he's ecstatic. But things turn ugly and he has to call for assistance. Benjy, head of security, comes to his rescue. Then he notices Benjy's red tie. Has Cisco's "heart's desire" been under his nose all along? Are the stars finally in his favor?