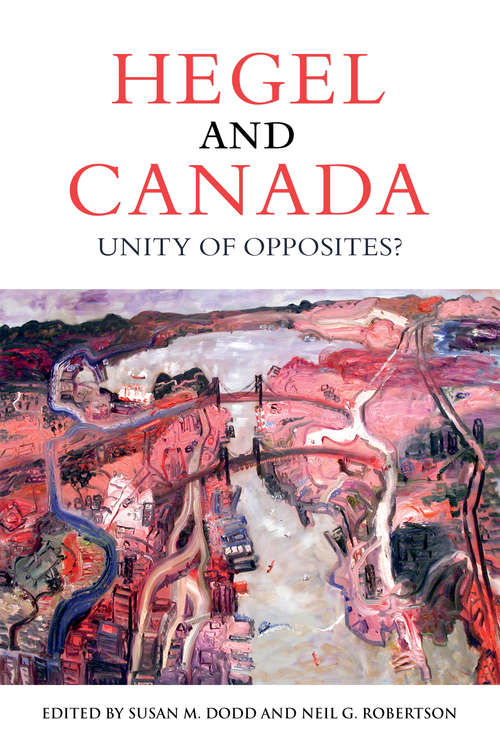 Hegel has had a remarkable, yet largely unremarked, role in Canada's intellectual development. In the last half of the twentieth-century, as Canada was coming to define itself in the wake of World War Two, some of Canada’s most thoughtful scholars turned to the work of G.W.F. Hegel for insight.

Hegel and Canada is a collection of essays that analyses the real, but under-recognized, role Hegel has played in the intellectual and political development of Canada. The volume focuses on the generation of Canadian scholars who emerged after World War Two: James Doull, Emil Fackenheim, George Grant, Henry S. Harris, and Charles Taylor. These thinkers offer a uniquely Canadian view of Hegel's writings, and, correspondingly, of possible relations between situated community and rational law. Hegel provided a unique intellectual resource for thinking through the complex and opposing aspects that characterize Canada. The volume brings together key scholars from each of these five schools of Canadian Hegel studies and provides a richly nuanced account of the intellectually significant connection of Hegel and Canada.