A Poet Of The Air; Letters Of Jack Morris Wright 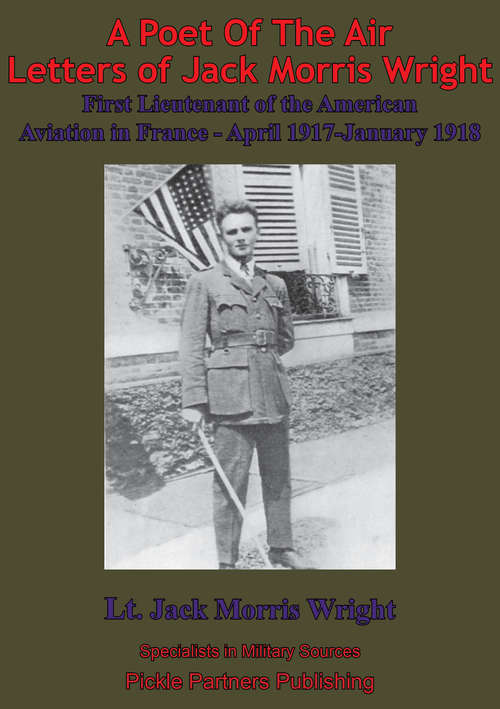 "THESE letters from my son, I gathered for publication just as they came, with the full joy and pride I had in receiving them, hoping to give to other boys something of his fine courage and spirit --- to other mothers comfort and hope, and to all readers the vivid, beautiful sketches of France, of War, of Idealism as he, "Poet of the Airs," has given me.Jack Wright, the author of these letters is an American boy of eighteen years, born in New York City. When a small child he was taken to France, where he remained until the outbreak of the war.He was educated entirely in French schools; his playmates were the children of the artists and poets of France. French was his language. This will explain his unique literary expression, the curious blend of French and English which, even to the formation of words, I have left entirely as he writes them, feeling therein a special charm.This will explain also his great love for France, the home of his childhood.Although but eighteen years old when he left to make the supreme sacrifice as one of the first American Volunteers, he had graduated with special honors from l'École Alsacienne at Paris and Andover in America, and entered Harvard University.Although only nine months in the war, he had won his commission as First Lieutenant Pilot-Aviator of the American Aviation.While joyously compiling these letters (having even confided my plan to him) the official telegram came that announced his last flight, January 24, 1918.