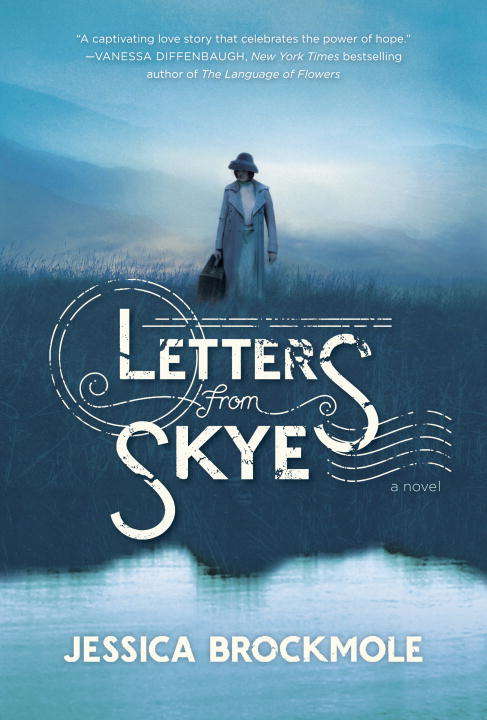 A sweeping story told in letters, spanning two continents and two world wars, Jessica Brockmole's atmospheric debut novel captures the indelible ways that people fall in love, and celebrates the power of the written word to stir the heart. March 1912: Twenty-four-year-old Elspeth Dunn, a published poet, has never seen the world beyond her home on Scotland's remote Isle of Skye. So she is astonished when her first fan letter arrives, from a college student, David Graham, in far-away America. As the two strike up a correspondence--sharing their favorite books, wildest hopes, and deepest secrets--their exchanges blossom into friendship, and eventually into love. But as World War I engulfs Europe and David volunteers as an ambulance driver on the Western front, Elspeth can only wait for him on Skye, hoping he'll survive. June 1940: At the start of World War II, Elspeth's daughter, Margaret, has fallen for a pilot in the Royal Air Force. Her mother warns her against seeking love in wartime, an admonition Margaret doesn't understand. Then, after a bomb rocks Elspeth's house, and letters that were hidden in a wall come raining down, Elspeth disappears. Only a single letter remains as a clue to Elspeth's whereabouts. As Margaret sets out to discover where her mother has gone, she must also face the truth of what happened to her family long ago. Sparkling with charm and full of captivating period detail, Letters from Skye is a testament to the power of love to overcome great adversity, and marks Jessica Brockmole as a stunning new literary voice.Advance praise for Letters from Skye "A poignant tale of a stubborn love that bridges the lives and wars of two generations, Letters From Skye gives the reader a story to inhale as well as read, unfolding amid the gripping panorama of a changing world--an absorbing and rewarding saga of loss and discovery."--Kate Alcott, New York Times bestselling author of The Dressmaker "Jessica Brockmole's Letters from Skye is a fascinating, lyrical tale of love and loss. Gracefully weaving the tales of lovers and brothers and sisters spanning two wars, Brockmole expertly explores the toll of both honesty and deception upon hearts battered by war and society's expectations."--Melanie Benjamin, New York Times bestselling author of The Aviator's Wife "Jessica Brockmole is a gifted storyteller who weaves beauty and emotion into her pages. Letters from Skye will tug at your heart and make you long for the salty air of the Isle of Skye."--Sarah Jio, New York Times bestselling author of The Last Camellia and Blackberry Winter "Letters from Skye is a captivating love story that celebrates the power of hope to triumph over time and circumstance."--Vanessa Diffenbaugh, New York Times bestselling author of The Language of FlowersFrom the Hardcover edition.