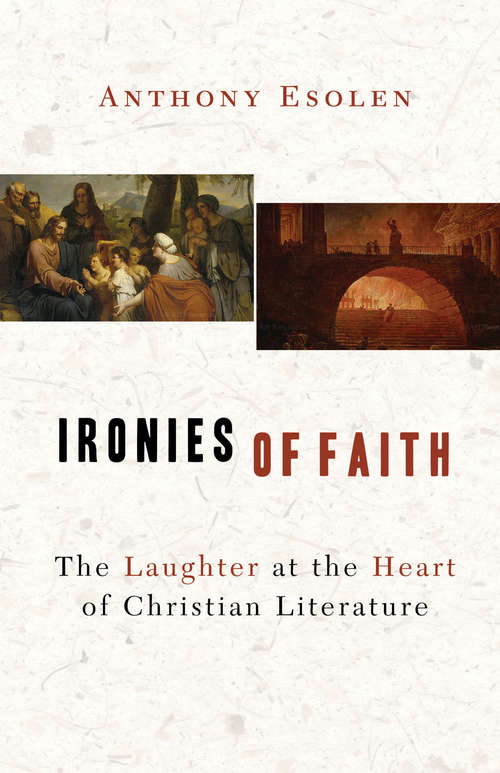 In Ironies of Faith, celebrated Dante scholar and translator Anthony Esolen provides a profound meditation upon the use and place of irony in Christian art and in the Christian life. Beginning with an extended analysis of irony as an essentially dramatic device, Esolen explores those manifestations of irony that appear prominently in Christian thinking and art: ironies of time (for Christians believe in divine Providence, but live in a world whose moments pass away); ironies of power (for Christians believe in an almighty God who took on human flesh, and whose "weakness" is stronger than our greatest enemy, death); ironies of love (for man seldom knows whom to love, or how, or even whom it is that in the depths of his heart he loves best); and the figure of the Child (for Christians ever hear the warning voice of their Savior, who says that unless we become like unto one of these little ones, we shall not enter the Kingdom of God).Esolen's finely wrought study draws from Augustine (Confessions), Dante (The Divine Comedy), Shakespeare (The Tempest), and Tolkien ("Leaf, By Niggle"); Francois Mauriac (A Kiss for the Leper), Milton (Paradise Lost), and Alessandro Manzoni (The Betrothed); the poems of George Herbert and Gerard Manley Hopkins, and Edmund Spenser (Amoretti); Charles Dickens (A Christmas Carol), Dostoyevsky (The Brothers Karamazov), and the anonymous author of the medieval poem Pearl, among other works. Readers who treasure the Christian literary tradition should not miss this illuminating book.