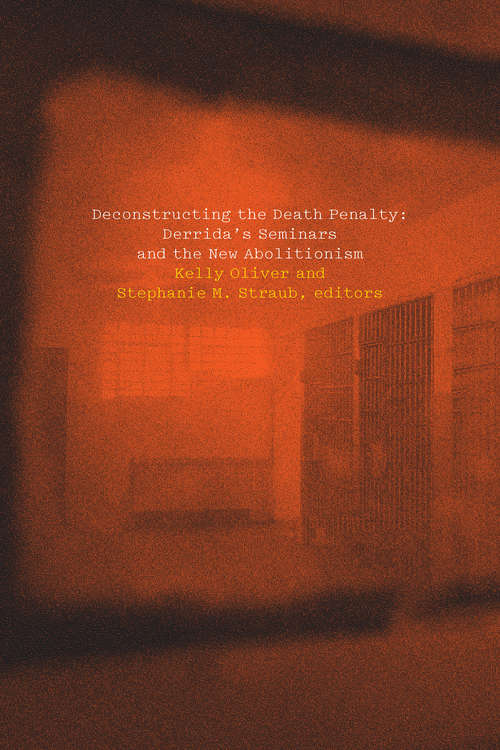 This volume represents the first collection of essays devoted exclusively to Jacques Derrida's Death Penalty Seminars, conducted from 1999 to 2001. The volume includes essays from a range of scholars working in philosophy, law, Francophone studies, and comparative literature, including established Derridians, activist scholars, and emerging scholars. These essays attempt to elucidate and expand upon Derrida's deconstruction of the theologico-political logic of the death penalty in order to construct a new form of abolitionism, one not rooted in the problematic logics of sovereign power. These essays provide remarkable insight into Derrida’s ethical and political projects; this volume will not only explore the implications of Derrida’s thought on capital punishment and mass incarceration, but will also help to further elucidate the philosophical groundwork for his later deconstructions of sovereign power and the human/animal divide. Because Derrida is deconstructing the logic of the death penalty, rather than the death penalty itself, his seminars will prove useful to scholars and activists opposing all forms of state sanctioned killing. In compiling this volume, our goals were twofold: first, to make a case for Derrida's continuing importance in debates on capital punishment, mass incarceration, and police brutality, and second, to construct a new, versatile abolitionism, one capable of confronting all forms the death penalty might take.