Algebraic Modeling of Topological and Computational Structures and Applications 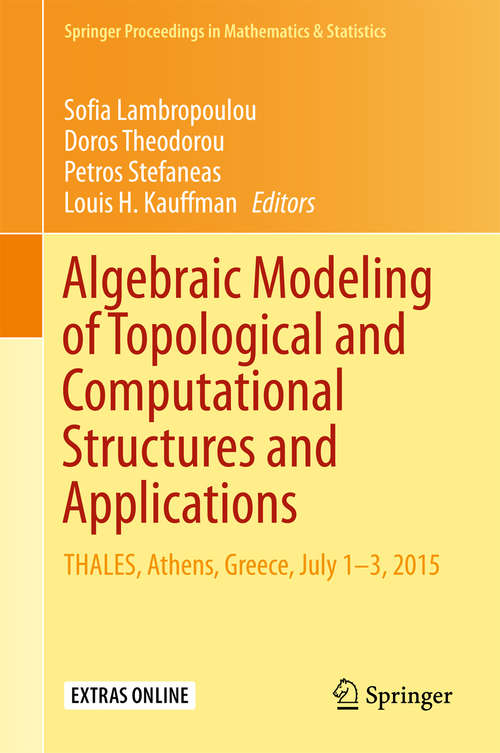 This interdisciplinary book covers a wide range of subjects, from pure mathematics (knots, braids, homotopy theory, number theory) to more applied mathematics (cryptography, algebraic specification of algorithms, dynamical systems) and concrete applications (modeling of polymers and ionic liquids, video, music and medical imaging). The main mathematical focus throughout the book is on algebraic modeling with particular emphasis on braid groups. The research methods include algebraic modeling using topological structures, such as knots, 3-manifolds, classical homotopy groups, and braid groups. The applications address the simulation of polymer chains and ionic liquids, as well as the modeling of natural phenomena via topological surgery. The treatment of computational structures, including finite fields and cryptography, focuses on the development of novel techniques. These techniques can be applied to the design of algebraic specifications for systems modeling and verification. This book is the outcome of a workshop in connection with the research project Thales on Algebraic Modeling of Topological and Computational Structures and Applications, held at the National Technical University of Athens, Greece in July 2015. The reader will benefit from the innovative approaches to tackling difficult questions in topology, applications and interrelated research areas, which largely employ algebraic tools.