Get the Guy Box Set 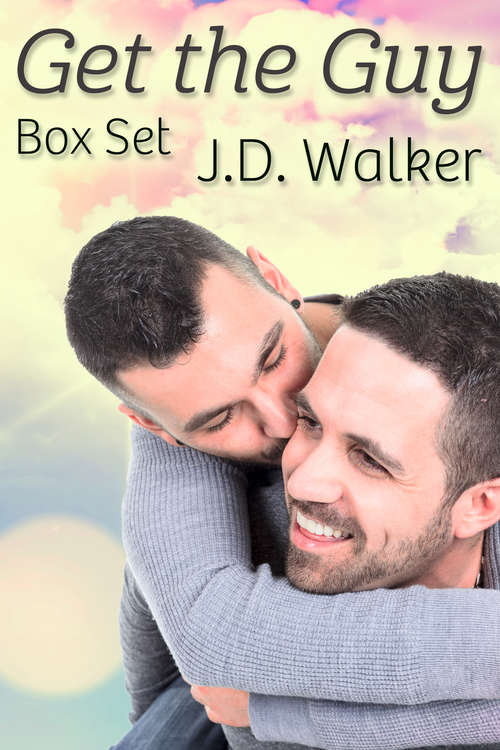 Five of J.D. Walker's best-selling M/M romance stories that end with every man getting his guy! Contains the stories:A-dork-able: Alister Redgrave hopes to find the love of his life one day, despite his dorkiness. Jaiden Greyson, the new Assistant CFO, fits the bill, except, Alister makes a fool of himself repeatedly in front of the man. That doesn’t stop Jaiden, though, who wants to get to know the klutzy guy better. A jealous coworker makes things difficult, but Jaiden is determined to get his man, no matter what.And This Is Ed: Ed Kaehler is a laidback guy who works as a housekeeping manager by day, and takes care of the elderly in his spare time. He’s a very private person, but there’s more to Ed than meets the eye. Titus Leung, the new guy on the block, discovers this when he befriends Ed. But a stupid bet derails their relationship. Now Titus has figure how to get Ed to forgive him and maybe give him another chance.Hate to Love You: When Sybron Adell finds out about a merger from his boss, Rio Jachetta, the ordinary, if staid, life he leads seems to unravel. Rio, a good friend but also clueless about how the real world works, ends up making a bad thing worse. Hot coffee might have been involved. Their friendship is in ruins, and jobs may be lost, but maybe Rio can fix things. Is a career worth everything that’s precious?Nowhere But Home: For Kayle Grimes, coming home hurts worse than all the failed relationships he’s had in his life. And seeing Asher Knox again, the boy he left behind, is not what he bargained for. Asher Knox needs Kayle to forgive him and take him back. Kayle is what he’s always wanted, and he’ll do anything to convince the man he’s changed. He won’t slip away again. Not this time.To Lift My Sole: While food services CEO Jim Newsome is working undercover at a hospital, he meets Lance Lamas, an orthopedic specialist. Lance tries to strike up a conversation, but Jim isn’t playing along. Lance is relentless in his pursuit of Jim, and Jim is relentlessly avoiding Lance. Something’s gotta give.