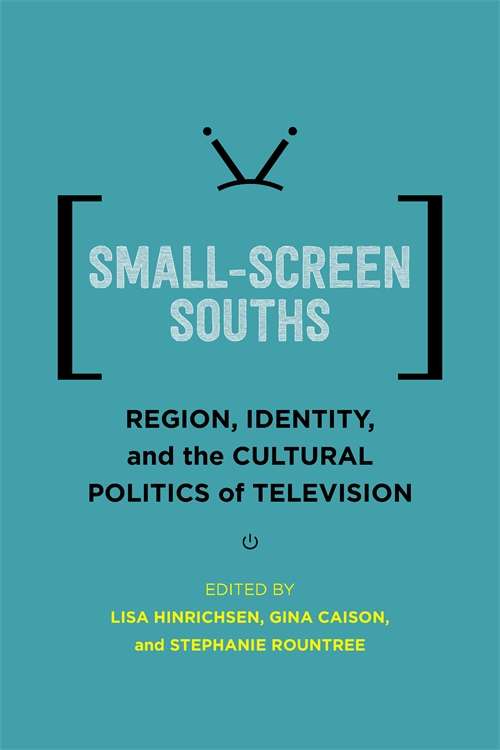 As the first collection dedicated to the relationship between television and the U.S. South, Small-Screen Souths addresses the growing interest in how mass culture represents the region and influences popular perceptions of it. In sixteen essays divided into three thematic sections, scholars of southern culture analyze representations of the South in a variety of television shows spanning the history of the medium, from classic network programs such as The Andy Griffith Show and Designing Women to some of today’s popular franchises like Duck Dynasty and The Walking Dead.The first section, “Politics and Identity in the Televisual South,” focuses on how television constructs understandings of race, gender, sexuality, and class, often adapting to changing configurations of community and identity. The next section, “Caricatures, Commodities, and Catharsis in the Rural South,” examines the tension between depictions of southern rural communities and assumptions about abject whiteness, particularly conceptions of poverty and profitized culture. The concluding section, “(Dis)Locating the South,” considers the influence of postcolonialism, globalization, and cosmopolitanism in understanding television featuring the region. Throughout, the essays investigate the profuse, often contradictory ways that the U.S. South has been represented on television, seeking to expand and pluralize myopic perspectives of the region.By analyzing depictions of the South from the classical network era to the contemporary post-broadcast age, Small-Screen Souths offers a broad historical scope and a multiplicity of theoretical and interdisciplinary perspectives on what it means to see the South from the television screen.