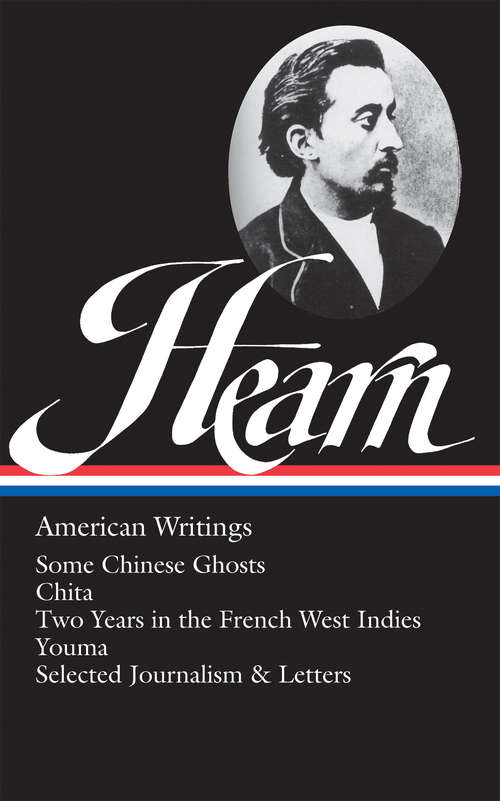 A translator of Flaubert and Gautier, Lafcadio Hearn was the master of a gaudy and sometimes self-consciously decadent literary style, but he was also a tough-minded and keenly observant reporter, with an eye for the offbeat, the sensual, and occasionally the gruesome. The writings of his American years collected in this Library of America volume—on subjects as wide ranging as comparative folklore, the history of musical instruments, French literary avant-gardes, and New Orleans voodoo—reveal an omnivorous curiosity and an always eclectic sensibility.Some Chinese Ghosts (1887), a stylized retelling of ancient legends, foreshadows Hearn's later fascination with Asian themes. The exquisitely crafted novels Chita (1889), about the devastation wrought by a Louisiana hurricane, and Youma (1890), about a slave rebellion in Martinique, epitomize his writing at its most luxuriantly romantic, alert to the interactions of diverse cultures and suffused with imagistic splendor. His extraordinary travel book Two Years in the French West Indies (1890), presented here with the many illustrations from its first edition, provides a richly impressionistic account of his long stay on Martinique and other Caribbean islands.More than two dozen examples of Hearn's journalism from the 1870s and 1880s are also included here, evoking vanished worlds with incomparable vividness: a raucous African-American nightclub on the Cincinnati waterfront; an execution; scenes of Mardi Gras and the New Orleans French Quarter; an uncharted village of Filipino fishermen in a remote Louisiana bayou. The volume is rounded out with a revealing selection of Hearn's impassioned letters, many published here for the first time in unexpurgated form.LIBRARY OF AMERICA is an independent nonprofit cultural organization founded in 1979 to preserve our nation’s literary heritage by publishing, and keeping permanently in print, America’s best and most significant writing. The Library of America series includes more than 300 volumes to date, authoritative editions that average 1,000 pages in length, feature cloth covers, sewn bindings, and ribbon markers, and are printed on premium acid-free paper that will last for centuries.