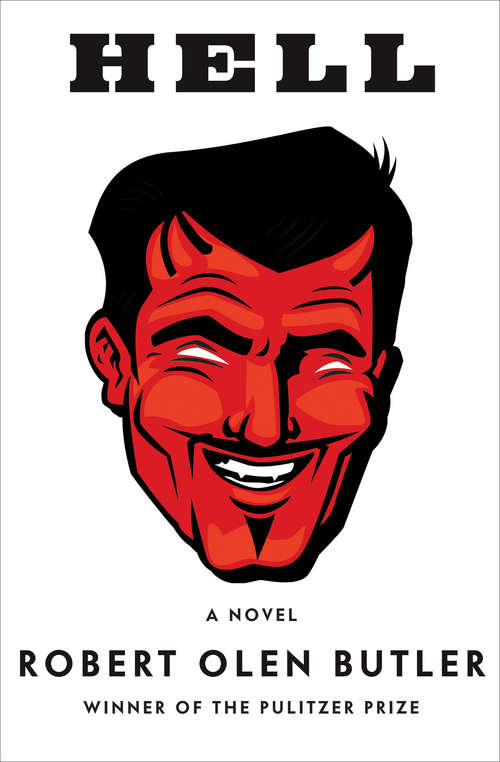 The new novel from one of American literature's brightest stars, author of the Pulitzer Prize-winning A Good Scent from a Strange Mountain, Robert Olen Butler’s uproarious new book is a novel set in the underworld. Its main character, Hatcher McCord, is an evening news presenter who has found himself in Hell and is struggling to explain his bad fortune. He’s far from the only one to suffer this fate-in fact, he's surrounded by an outrageous cast of characters, including Bogart, Shakespeare, and almost all the Popes and most of the U.S. Presidents. The question may be not who is in Hell but who isn't.McCord is married in the afterlife to Anne Boleyn; but their happiness is, of course, constantly derailed by her obsession with Henry VIII (and the removal of her head at rather inopportune moments). Butler’s Hell isn’t as much a boiling lake of fire-although, there is that-as it is a Sisyphean trial tailored to each inhabitant, whether it's the average Joes who are struck by traffic, die, and are reconstituted many times a day to do it all again; or the legendary newspaperman William Randolph Hearst (on whom Citizen Kane was based), doomed to obscurity as a blogger mocked by his fellows because he can't figure out CAPS-LOCK.One day, Hatcher McCord meets Virgil, who puts him in touch with Dante’s Beatrice, who knows the way out of Hell-and the next morning, during his exclusive on-camera with Satan, McCord realizes that Satan's omniscience, which he has always credited for the perfection of Hell's torments, may be a mirage. Realizing his opening, Hatcher schedules an interview with J. Edgar Hoover at Administration Central, and befriends the demonic secretary, Lulu, who grants him access to check out the vast database of Hell’s citizens-and more significantly gives Hatcher all the names he can think of that he might need to find the back door to escape from Hell.In the meantime, rumors spread that the Harrowing is imminent-according to the Catholic Bible, Jesus descend to hell and free its captors. Hatcher eats dinner with Judas and discusses the Harrowing; Judas believes that it will happen soon. But Hatcher is on the move, and in the scenes following pays visits to each of his ex-wives who are now living in Hell. Hatcher is reflecting on his life, and trying to figure out why he is in Hell. Recovering from this meeting with his first ex-wife, Mary Ellen McCord, Hatcher is attacked by the demonic secretary Lulu, who brings Hatcher home to meet her mother, than proceeds to rape him. Recovering from this traumatic episode, Hatcher returns to the city and arrives at Broadcast Central. He has gotten it into his mind, given his recent experiences, to reunite Anne Boleyn and Henry VIII, as he’s figured out where Henry is located, but before that he visits his dead and damned second wife, Deborah Louise Becker. Then it’s on again with Anne to meet Henry at the Raffles hotel, where Jerry Seinfeld is performing and rambling on, earning the audiences’ ire. Henry is in a shameful state, his body corroded, and Hatcher gives his queen some minutes with her former lover before moving on. In the final pages, Hatcher finally discovers a way to enter Heaven, but he misses Hell, and yearns to return.