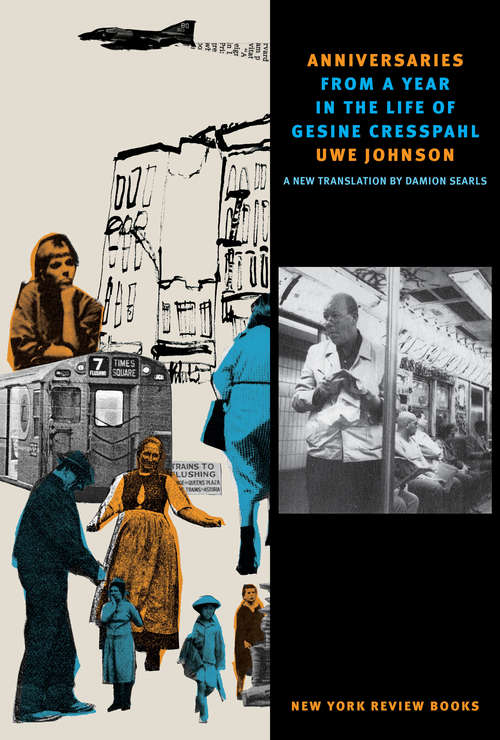 A landmark of 20th Century literature about New York in the late 1960s, now in English for the first time.Late in 1967, Uwe Johnson set out to write a book that would take the unusual form of a chapter for every day of the ongoing year. It would be the tale of Gesine Cresspahl, a thirty-four-year-old single mother who is a German émigré to Manhattan’s Upper West Side, and of her ten-year-old daughter, Marie—a story of work and school, of friends and lovers and the countless small encounters with neighbors and strangers that make up big-city life. An everyday tale, but also a tale of the events of the day, as gleaned by Gesine from The New York Times: Johnson could hardly foresee the convulsions of 1968, but some of the news—the racial unrest roiling America, the escalating war in Vietnam—was sure to be news for some time yet to come. Finally, it would be a tale told by Gesine to Marie about Gesine’s childhood in a small north German town, of her independent and enterprising father, of her troubled mother, of Nazi Germany (Gesine was born the year Hitler came to power) and World War II and Soviet retribution and the grimly regulated realities of Communist East Germany. An ambitious historical novel as well as a wonderfully observed New York novel, Anniversaries would take in the unsettled world of the present along with the twentieth century’s ­disastrous past, while vividly depicting the struggle of a loving, though hardly uncomplicated mother and a bright, indomitably curious girl to understand and care for each other and to shape a human world.Gesine and Marie are among the most memorable and engaging characters in literature, and Anniversaries, at once monumental and intimate, sweeping and full of incident, stylistically adventurous and endlessly absorbing, is quite simply one of the great books of our time.