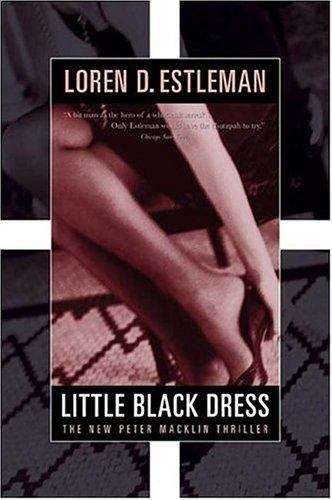 Peter Macklin was a hit man for a long time, but he has taken steps to distance himself from his tattooed past, like quitting the mob, moving away from Detroit, and marrying the gorgeous, intelligent Laurie. But retirement isn't easy for an ex-hit man.

Now the man accustomed to killing people in cold blood must adjust to a sadistic ritual of early marriage he must spend time with his eccentric mother-in-law. This event takes an unexpected turn when Macklin discovers that mom-in-law's boyfriend. Benjamin Grinnell, is a spotter for a gang of armed robbers. Unfortunately, Grinnell made a big mistake: he failed to spot a shotgun- toting shop-owner, whom the gang had to turn into red mist. Now Grinnell's life is threatened, and Grinnell's jeopardy endangers his sweetie...and Laurie.

Macklin, driven by his professional curiosity and his desire to protect his family, can't help but get invoked. As Macklin investigates Grinnell's dark affairs, he inevitably gets tangled up with Grinnell's enemies, including the Ohio mob.. .and the law. All parties converge in a deadly shootout, with the lives of Macklin's loved ones and the fate of his marriage precariously hanging in the balance.