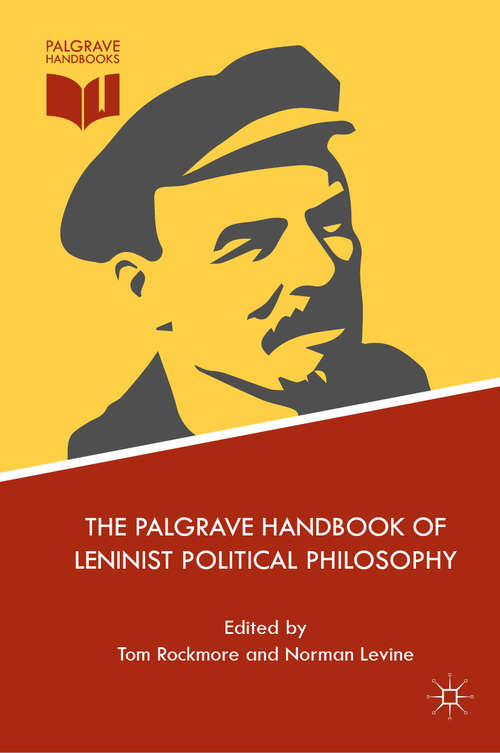 This intellectually discomfiting, disturbingly provocative, yet still thoroughly scholarly Handbook reproduces the intellectual ferment that accompanied the Russian Revolution including the wholly polarising effect at that time of Vladimir Ilyich Lenin. The Palgrave Handbook of Leninist Political Philosophy does not settle for one safe interpretation of the thought of this world-historic figure but rather revels in a clash of viewpoints. Most interestingly it presents a contrast between the Western editors who emphasise pure democracy and Marxian humanism with many of the contributing scholars who take a more sanguine view of the Leninist political project. Perhaps reflecting the current Western political crisis, some of the volume’s other European and North American scholars more closely align with their colleagues from the Global South.

· Places particular emphasis on the key elements of Lenin’s thought – the dictatorship of the proletariat (which is trenchantly defended), the nature of the dialectic and the New Economic Policy

· Additional comprehensive coverage includes the theory of the party, Bolshevism, imperialism, and the class struggle in the countryside

· Examines the relation of Lenin’s thought to the ideas of his most influential contemporaries (including Luxemburg, Stalin and Trotsky) as well as the most eminent thinker to interpret Lenin since his death – György Lukács

This Handbook is essential reading for scholars, researchers and advanced students in political philosophy, political theory, the history of political ideas, economics, international relations and world history. It is also ideal for the general reader who wishes to understand some of the most powerful ideas that have shaped the modern world and that may yet shake the world again.