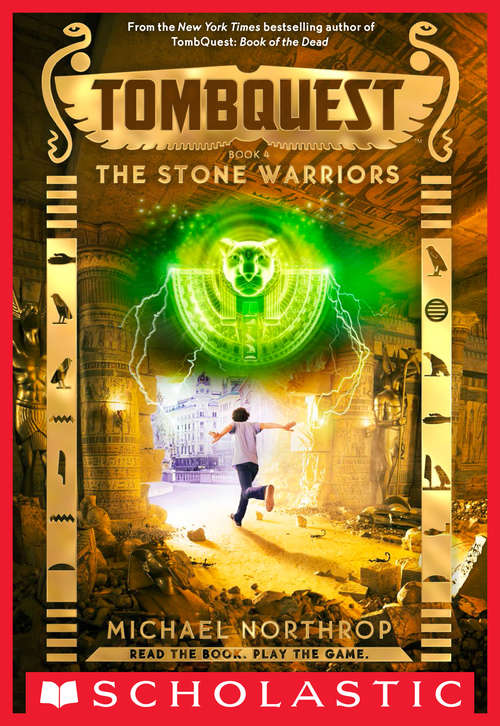 From the New York Times bestselling author of TombQuest: Book of the Dead, comes book 4 in an epic adventure filled with the magic of ancient Egypt!

It's a race for the Spells!

Alex and Ren are on a desperate hunt, and time's running out. They've discovered that The Order is on the brink of creating an army of indestructible stone warriors with a dark purpose, and the Lost Spells is the one thing that can put an end to the evil scheme.

Following a trail of clues that only Alex can piece together, their chase takes them through magical portals, across Egypt, and deep into Alex's past. But the closer they get to the Spells, the more afraid Alex becomes. He begins to realize that undoing the powerful magic that has created so much chaos might mean ending the very thing the magic was intended to save: his own life.

In the tradition of The 39 Clues and Spirit Animals, the TombQuest adventure doesn't end with the books. An epic online game allows you to build an Egyptian tomb of your own, hide treasure and protect it with traps, then challenge your friends to play through!