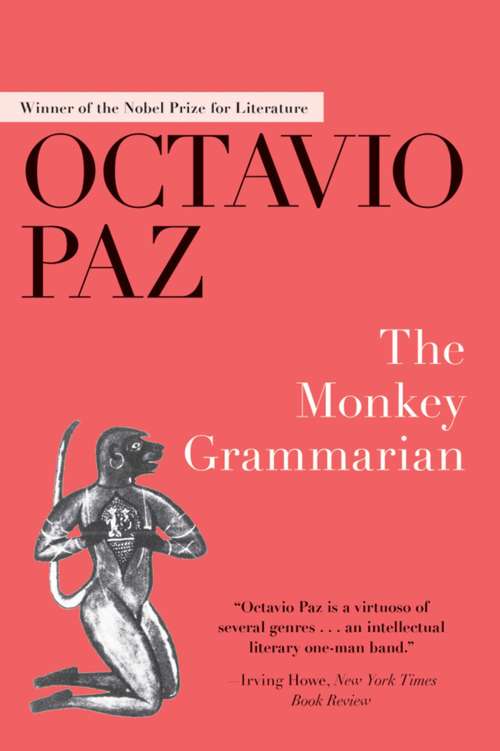 Nobel Prize–winner Octavio Paz offers a dazzling mind journey to the sources of poetry. Poet, diplomat, writer, philosopher, hailed as an “intellectual literary one-man band” by the New York Times Book Review, Nobel Prize–winner Octavio Paz was a key figure in the Latin American Literary Renaissance and in world literature. In this entrancing work, part prose-poem and part rumination on the origins of language and the antic, erotic, sacred nature of poetry, Paz takes inspiration from Hanuman, the red-faced monkey chief and ninth grammarian of Hindu mythology. On a journey to the temple city of Galta in India—which Paz finds partially ruined in a leaf-filled countryside surrounded by forbidding hills—Hanuman’s mythical encounters serve as the springboard for the poet’s speculations on all manners of things, from movement and fixity to meaning and identity, the reality behind language, and the nature of nature. Images of the holy city, complete with the marauding monkeys for which it is known, constantly obtrude on his musings. Perhaps the most poetic of Paz’s prose works, The Monkey Grammarian is visual: every page is rich in images, of palaces and temples, pilgrims and sadhus, and the monkey god himself. Paz’s probing, crystalline prose makes this an unforgettable voyage of the mind.