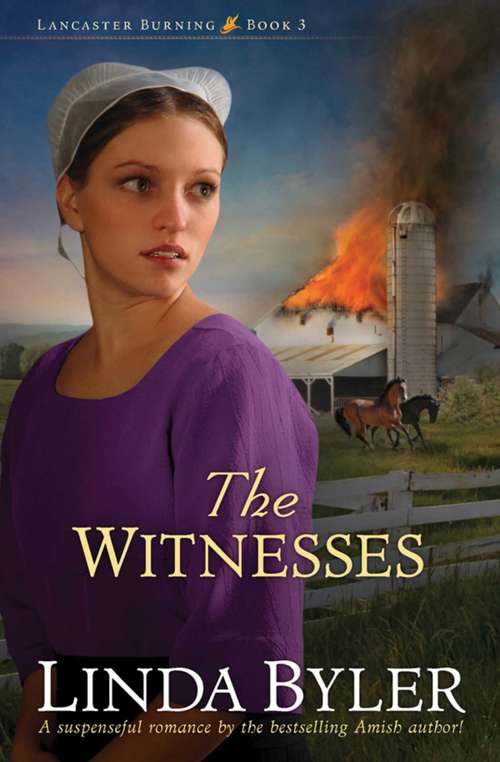 Who is responsible for setting the barn fires that continue to keep the Amish of eastern Lancaster County, Pennsylvania, on edge? Who is responsible for seeing that they are stopped? In this third and final novel in the Lancaster Burning series, author Linda Byler takes us inside the home of Davey Beiler, the leader of this Amish district. He clearly feels the heat in more ways than one. Some of the younger members of his church are ready to testify against the man who has allegedly started at least several of the fires. Davey counsels patience and forgiveness. But when Sarah, Davey’s daughter, spots flames late one night in the widow Lydia’s barn, Sarah refuses to let the fire win. She gets the horses out just in time, but not before a beam explodes overhead, knocking her to the ground as the barn rages in flames all around her. In that moment, Sarah’s life "turned darker than black. ” Gone were her lovely good looks, her life as a teacher, and perhaps the attention of the two young men who had been so drawn to her. No one suffers more torment than Davey, who wonders if he was really responsible for Sarah's accident. If he had agreed to have police guard the Amish farms, as some wanted, Sarah would not have been hurt. The Amish may be peace-loving, but they are not without their tensions. Author Byler, who is herself a member of the Amish, writes a tautly told story, full of dark fears, difficult dilemmas, and deep love.