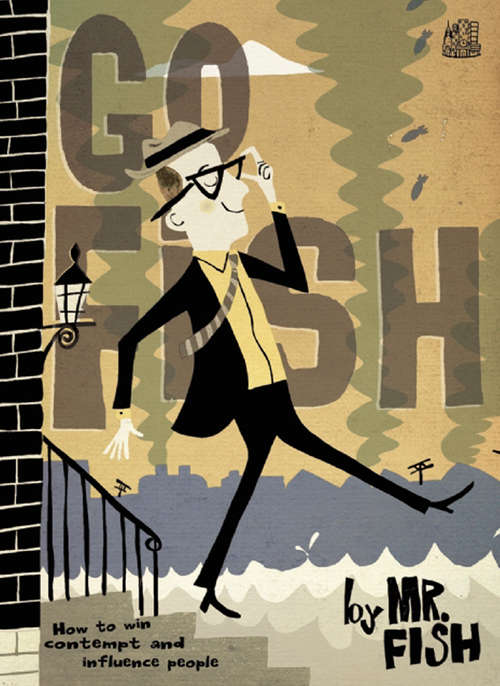 "Mr. Fish dissects the journalistic responsibility he faces as a cartoonist to make it make sense. It being his raw emotional output in response to a given stimuli (government, society, et al) manifesting itself via pen on paper without regard to the cleverly pointed punchline that will accompany and ultimately define it. . . The drawings are a celebration of the technical mastery and unbridled emotional truth of Dwayne Booth -- the Clark Kent to Superman's Mr. Fish."--Huffington Post"Fish's work makes you want to do something--even if you're not entirely sure what that something is--to change things for the better, and the feeling stays with you long after the book is closed."--Verbicide Magazine"Few individuals are as clued in to the volatility of the current political climate as iconic cartoonist Dwayne Booth (aka Mr. Fish). . . known for pointed and piquant single-panel cartoons that fearlessly and relentlessly take on the most sacred of cows in public life."--LA Weekly"A vibrant example of political cartooning as it is practiced at its heights... Anyone who thinks political cartooning is stale need only take a closer look at this body of work... Certifiably brilliant... The photographic elegance and immediacy with which this drawing is executed is typical of the most refined Mr. Fish style."--Los Angeles Review of BookThis debut volume of political cartoons from the revered Mr. Fish spans politics, popular culture, the economic crisis, the Obama presidency, and much more, where nobody--right, left, or middle--is safe from his razor-edged satire. The volume also includes original essays by Mr. Fish.Mr. Fish has been a freelance writer and cartoonist for eighteen years, publishing under both his real name (Dwayne Booth) and the penname of Mr. Fish with many of the nation's most reputable and prestigious magazines, journals, and newspapers. In addition to his weekly cartoon for Harper's and daily contributions to Truthdig.com, he has also contributed to the Los Angeles Times, the Village Voice, the LA Weekly, the Atlantic, the Huffington Post, Vanity Fair, Mother Jones, the Advocate, Z Magazine, the Utne Reader, Slate.com, MSNBC.com, and others.