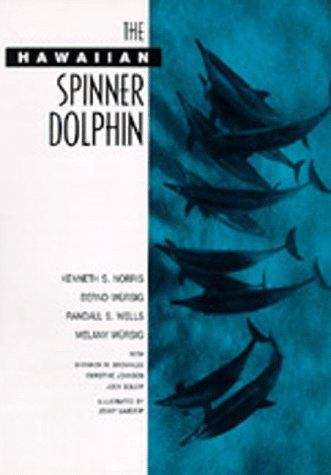 This absorbing book is the first comprehensive scientific natural history of a dolphin species ever written. From their research camp at Kealake'akua Bay in Hawaii, the authors followed a population of wild spinner dolphins for more than twenty years. They observed marked animals by ship, by air, from a cliffside observation post, by radiotracking their movements, and by studying the details of their underwater social life with the use of a windowed underwater vessel. Beginning with a description of the spinner dolphin species, including its morphology and systematics, the book examines the ocean environment and organization of dolphin populations and the way this school-based society of mammals uses shorelines for rest and instruction of the young. An analysis of the dolphins' reproductive patterns, which resemble those of other group-dwelling mammals such as certain primates, suggests a fission-fusion society. Vision, vocalization, hearing, breathing, feeding, predation, integration of the school, and school movement are all examined to give the fullest picture yet published of dolphin biological life. One of the most striking features of the species is the length of the period of juvenility and instruction of the young. The authors argue that dolphins may legitimately be called "cultural," and they turn in their conclusion to a comprehensive evolutionary analysis of this marine cultural system with its behavioral flexibility and high levels of cooperation. In a challenging new interpretation of how cultural organisms may evolve, they propose that spinner dolphin society be viewed as a set of nested levels of organization that influence one another by selectional biases. The resulting cooperative patterns support both the sociology and the cultural levels of organization, without being overridden by the supposed imperative of kin selection. Twenty years in the making by a renowned scientist and his associates, this absorbing book is the richest source available of new scientific insights about the lives of wild dolphins and how their societies evolved at sea.

Derechos de autor:
1994 The Regents of the University of California