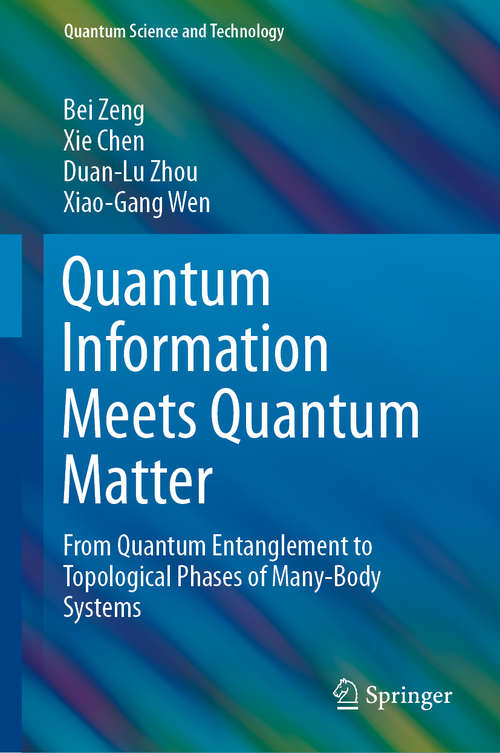 This book approaches condensed matter physics from the perspective of quantum information science, focusing on systems with strong interaction and unconventional order for which the usual condensed matter methods like the Landau paradigm or the free fermion framework break down. Concepts and tools in quantum information science such as entanglement, quantum circuits, and the tensor network representation prove to be highly useful in studying such systems. The goal of this book is to introduce these techniques and show how they lead to a new systematic way of characterizing and classifying quantum phases in condensed matter systems.

The first part of the book introduces some basic concepts in quantum information theory which are then used to study the central topic explained in Part II: local Hamiltonians and their ground states. Part III focuses on one of the major new phenomena in strongly interacting systems, the topological order, and shows how it can essentially be defined and characterized in terms of entanglement. Part IV shows that the key entanglement structure of topological states can be captured using the tensor network representation, which provides a powerful tool in the classification of quantum phases. Finally, Part V discusses the exciting prospect at the intersection of quantum information and condensed matter physics – the unification of information and matter.

Intended for graduate students and researchers in condensed matter physics, quantum information science and related fields, the book is self-contained and no prior knowledge of these topics is assumed.