A Crisis of Civility? 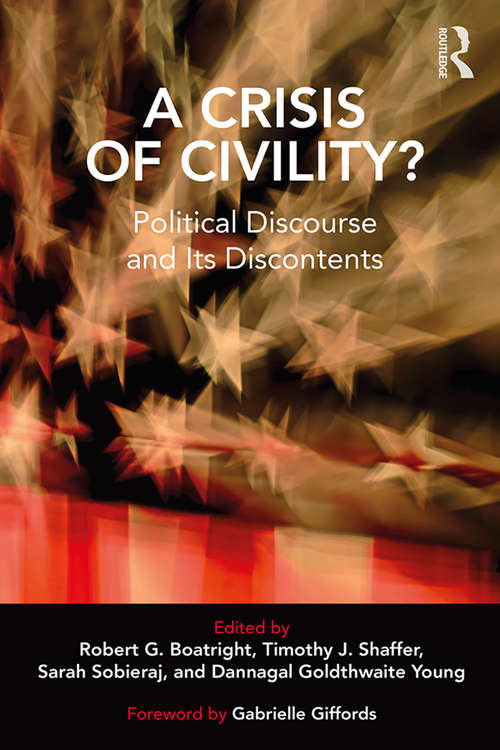 The state of political discourse in the United States today has been a subject of concern for many Americans. Political incivility is not merely a problem for political elites; political conversations between American citizens have also become more difficult and tense. The 2016 presidential elections featured campaign rhetoric designed to inflame the general public. Yet the 2016 election was certainly not the only cause of incivility among citizens. There have been many instances in recent years where reasoned discourse in our universities and other public venues has been threatened.

This book was undertaken as a response to these problems. It presents and develops a more robust discussion of what civility is, why it matters, what factors might contribute to it, and what its consequences are for democratic life. The authors included here pursue three major questions: Is the state of American political discourse today really that bad, compared to prior eras; what lessons about civility can we draw from the 2016 election; and how have changes in technology such as the development of online news and other means of mediated communication changed the nature of our discourse?

This book seeks to develop a coherent, civil conversation between divergent contemporary perspectives in political science, communications, history, sociology, and philosophy. This multidisciplinary approach helps to reflect on challenges to civil discourse, define civility, and identify its consequences for democratic life in a digital age. In this accessible text, an all-star cast of contributors tills the earth in which future discussion on civility will be planted.