Strategic, Policy and Social Innovation for a Post-Industrial Korea 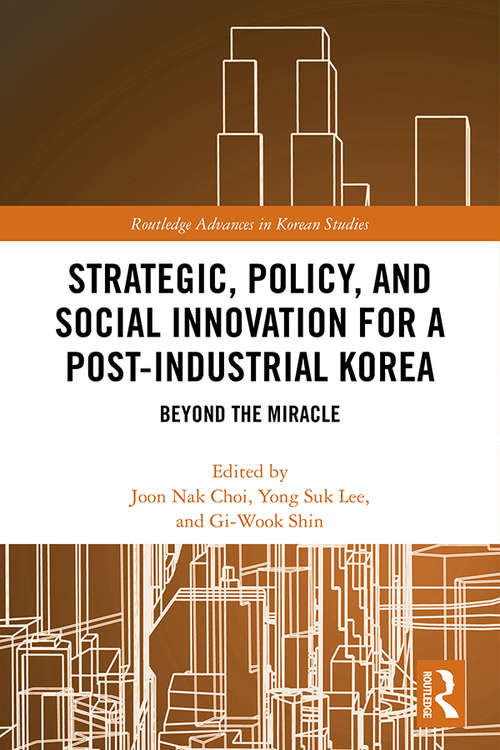 Export-oriented industrialization has transformed the Korean economy so profoundly that it has become known as the "Miracle on the Han." Yet, this industrial model has become fragile, as Korea’s chaebols are being challenged by Chinese competitors. Attempts to seek out new engines of economic growth have failed, or remain underdeveloped, while a looming demographic crisis threatens to exacerbate Korea’s problems.

This book outlines a blueprint for overcoming these challenges, moving beyond the business strategies, government policies, and socio-cultural patterns established under export-oriented industrialization. Written by a stellar line-up of international contributors, its central proposition is that social change is needed to support the strategic and operational transformation of the chaebol and SMEs. Specifically, it stresses the need for an appreciation of the gender, national, and ethnic diversity emerging within the Korean workplace today. If properly leveraged, such diversity has the potential to reduce the groupthink that hampers the creativity and responsiveness of Korean firms today, as well as facilitating greater success in overseas markets.

Taking an interdisciplinary approach, this book will be useful to students and scholars in Korean Studies, as well as those studying business, economics, and sociology more broadly in East Asia.