The Children's Troupes and the Transformation of English Theater 1509-1608 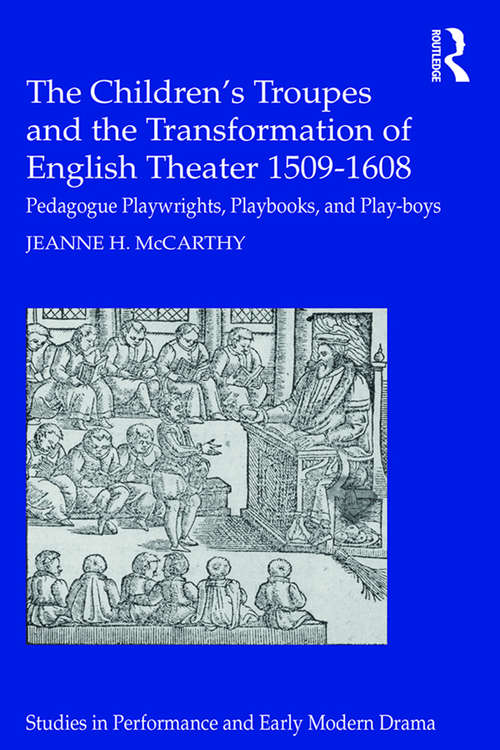 The Children’s Troupes and the Transformation of English Theater 1509–1608 uncovers the role of the children’s companies in transforming perceptions of authorship and publishing, performance, playing spaces, patronage, actor training, and gender politics in the sixteenth century.

Jeanne McCarthy challenges entrenched narratives about popular playing in an era of revolutionary changes, revealing the importance of the children’s company tradition’s connection with many early plays, as well as to the spread of literacy, classicism, and literate ideals of drama, plot, textual fidelity, characterization, and acting in a still largely oral popular culture. By addressing developments from the hyper-literate school tradition, and integrating discussion of the children’s troupes into the critical conversation around popular playing practices, McCarthy offers a nuanced account of the play-centered, literary performance tradition that came to define professional theater in this period.

Highlighting the significant role of the children’s company tradition in sixteenth-century performance culture, this volume offers a bold new narrative of the emergence of the London theater.