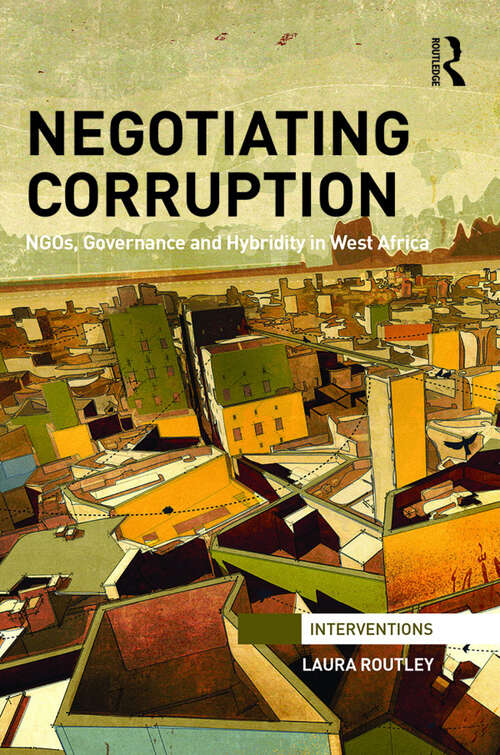 Negotiating Corruption demands that we think again about corruption in Africa. It problematises the framing of African corruption as a phenomenon that emerges from a clash between two sets of norms. Moreover, it highlights the colonial legacies of this frame, which situates African corruption within continually recurring debates about the political inclusion or banishment of 'others'.

NGOs are characterised as intermediaries between the local and the international, and between the state and the population. In both of these roles they are understood to reform governance by bringing about changes in culture and instituting bureaucratic norms. They have, therefore, been seen as part of the apparatus of a global liberal governmentality. This book complicates this portrayal and highlights the ambiguous role of liberal governmentality through an exploration of the 'grey practices' of the NGOs studied. These practices are 'grey' as they do not fit the pattern of virtuous NGOs holding the state to account described in development policy, yet at the same time they ensure that the state produces the outcomes that a fully-functioning state ought to. This enacting of oppositional and antagonistic elements is further unpacked in conversation with Homi Bhabha's concepts of negotiation and hybridity.

Negotiating Corruption draws attention to both the limitations of current explanations of corruption in Africa and the problematic way in which they are framed. The book's detailed engagement with understandings of corruption within policy and academic debates will make it a useful resource for undergraduate teaching. It will also be of keen interest to researchers, academics, and postgraduate students who engage with the issues of corruption, NGOs, civil society, African politics, governmentality, and hybridity.