Ethics at the End of Life 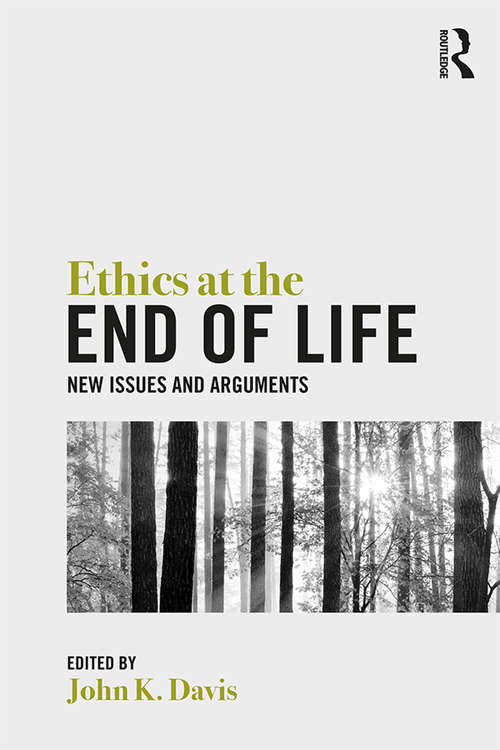 The 14 chapters in Ethics at the End of Life: New Issues and Arguments, all published here for the first time, focus on recent thinking in this important area, helping initiate issues and lines of argument that have not been explored previously.  At the same time, a reader can use this volume to become oriented to the established questions and positions in end of life ethics, both because new questions are set in their context, and because most of the chapters—written by a team of experts—survey the field as well as add to it.  Each chapter includes initial summaries, final conclusions, and a Related Topics section.

Geoffrey Scarre, "Is it possible to be better off dead?"

Taylor W. Cyr, "How Does Death Harm the Deceased?"

Benjamin Mitchell-Yellin, "The Significance of an Afterlife"

Jens Johansson, "The Severity of Death"

Eric Vogelstein, "Deciding for the Incompetent"

Bruce Jennings, "Solidarity near the End of Life: The Promise of Relational Decision-making in the Care of the Dying"

Colin Farrelly, "Justice and the Aging of the Human Species"