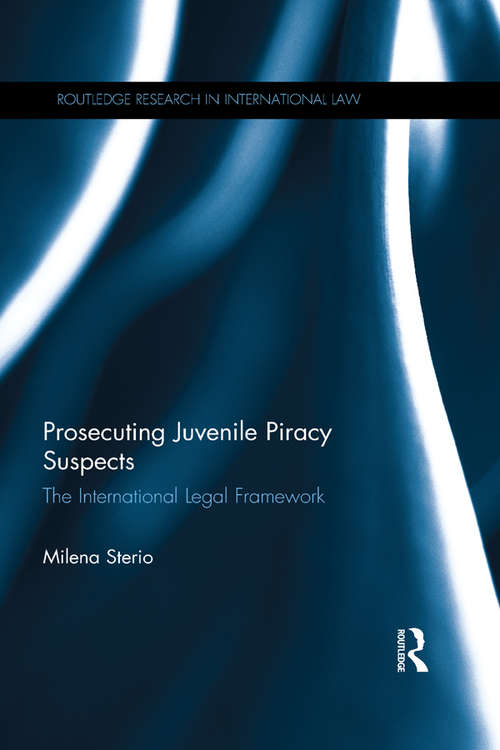 Duncan Gaswaga, a former judge of the Seychelles Supreme Court who has presided over numerous piracy trials, asked the following question: "What is a judge to do when a bearded piracy suspect facing justice asserts that he is fourteen?" This book addresses this important question by focusing on the treatment of juvenile piracy suspects under international law within national prosecutorial regimes. Beginning with the modern-day Somali piracy model, and exploring the reasons for piracy organizers and financiers to have employed Somali youth as pirates, author Milena Sterio analyzes the relevant international legal framework applicable to the treatment of juvenile criminal suspects, such as international human rights law, international criminal law, including the statutes of several international and ad hoc tribunals, as well as legal issues related to the use of child soldiers, as a parallel to the use of child pirates.

This volume examines recent national piracy prosecutions involving juvenile suspects in Germany, Spain, India, Italy, Malaysia, the Seychelles, and the United States, developing a set of recommendations and best practices for all piracy prosecuting nations dealing with juvenile suspects to refer to in developing their national policy toward the treatment of juvenile piracy suspects.