The Extramercantile Economies of Greek and Roman Cities 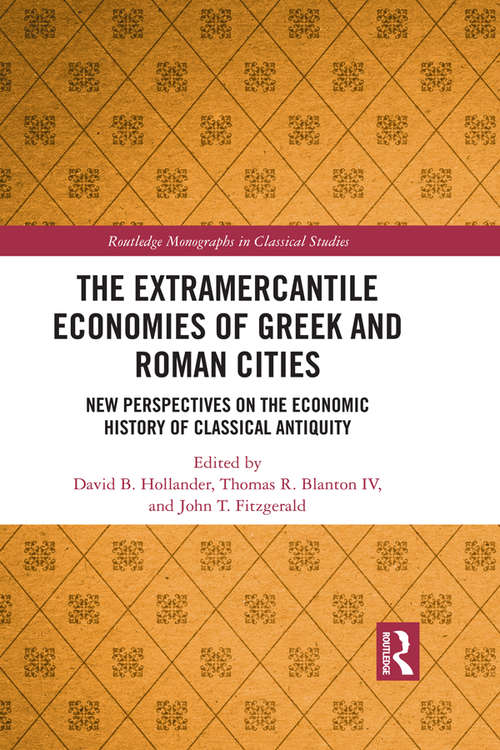 Recent work on the ancient economy has tended to concentrate on market exchange, but other forces also caused goods to change hands. Such nonmarket transfers ranged from small private gifts to the wholesale confiscation of cities, lands, and their peoples. The papers presented in this volume examine aspects of this extramercantile economy, particularly benefaction and the role of associations, as well as their impact on the market economy.

This volume brings together ancient historians, New Testament scholars, and classicists to assess critically the New Institutional Economics framework. Combining theoretical approaches with detailed investigations of particular regions and topics, its chapters examine Greek economic thought, the benefits of membership in private associations, and the economic role of civic euergetism from classical Athens to the municipalities of Roman Spain.

The Extramercantile Economies of Greek and Roman Cities will be of use to those interested in the economic context of ancient religions, the role of associations in the economy, theoretical approaches to the study of the ancient economy, labor and politics in the ancient city, as well as how Greek philosophers, from Xenophon to Philodemus, developed ethical ideas about economic behavior.