Gender in the 2016 US Presidential Election 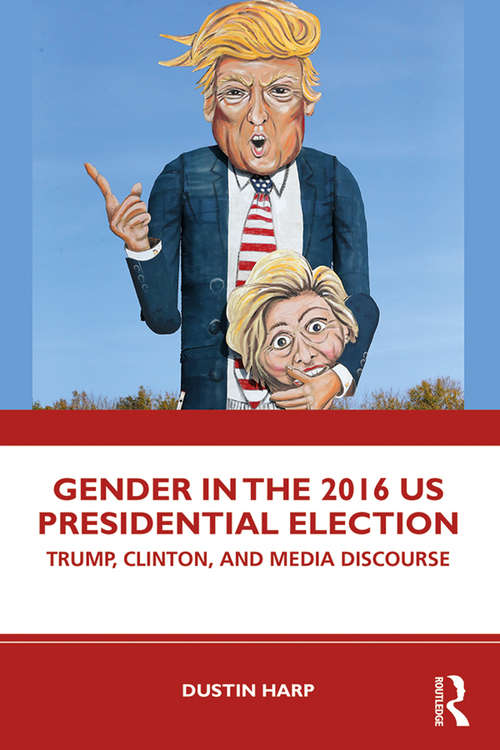 Using a discourse analysis, Dustin Harp investigates media during the 2016 US presidential election to explore how traditional (patriarchal) and feminist ideas about gender played out during the campaign. The book illustrates how these two ideologies competed for space and struggled for discursive authority.

A broad range of media texts is examined, and "gender moments," where gender became a dominant part of the political conversation, are identified. These include the "nasty woman" and "grab them by the pussy" comments of Donald Trump and the "woman card" played by, and against, Hillary Clinton. Furthermore, Harp reveals how binary notions of gender and stereotypical ideas of how men and women should behave, look, and sound structured the ways Donald Trump and Hillary Clinton were talked about in the media. As a counterpoint, the research also shows the ways feminist ideologies worked against the sexism and misogyny and became mainstream in media discourse during the campaign.

Students and researchers of Gender Studies will find that the "gender moments" in Gender in the 2016 US Presidential Election tell a broader story about women, gender expectations, and power. They offer important and timely insights about misogyny and sexual harassment in contemporary US culture and feminist resistance in a mediated public sphere.