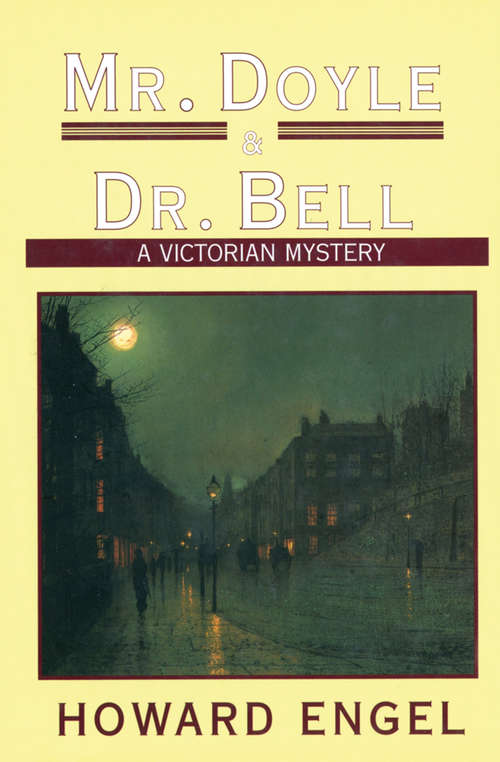 “Engel captures the spirit of Doyle’s tone in the Holmes sagas without it being a stilted or pale imitation . . . A lively, engaging page-turner.” —Curled Up With a Good Book Howard Engel is the award-winning writer whose Benny Cooperman mysteries garner rave international reviews—fans stretch from Canada to Japan, England, Germany, Italy, Spain, Denmark, and the United States. His latest, Mr. Doyle & Dr. Bell, is a brilliant departure from the Cooperman series. The year is 1879, and in Edinburgh, Alan Lambert has been tried, convicted, and sentenced to hang for the murder of a dazzling opera star and her lover. But Lambert’s brother believes he’s innocent and pleads with Dr. Bell, a celebrated professor of anatomy, to uncover the truth. Bell agrees and sets out to crack the case with his keen powers of deduction and the help of his student, Arthur Conan Doyle. “Charming . . . [This book] will satisfy the craving of Sherlockians for another dose of gaslight and fog.” —The Globe and Mail (Toronto) “Provides mystery buffs with more to ponder than your average whodunit . . . More intriguing than the actual plot, though, is the combination of fact with fiction that gives readers a glimpse of the real life of Sir Arthur Conan Doyle—his character, his influences, and the era in which he lived.” —Quill & Quire