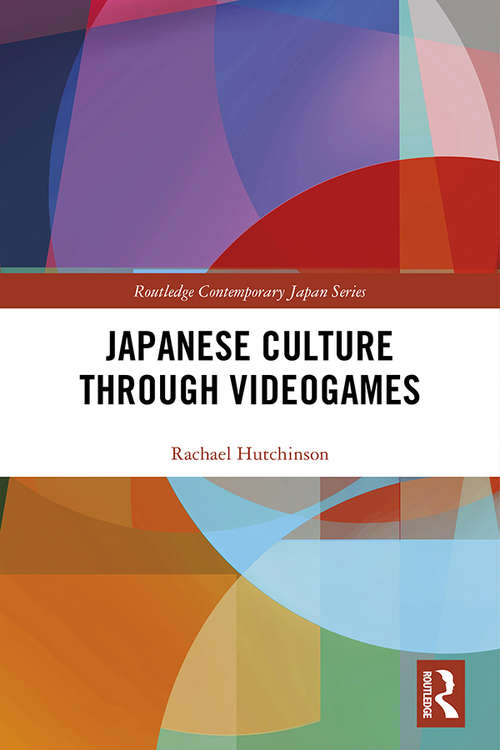 Examining a wide range of Japanese videogames, including arcade fighting games, PC-based strategy games and console JRPGs, this book assesses their cultural significance and shows how gameplay and context can be analyzed together to understand videogames as a dynamic mode of artistic expression.

Well-known titles such as Final Fantasy, Metal Gear Solid, Street Fighter and Katamari Damacy are evaluated in detail, showing how ideology and critique are conveyed through game narrative and character design as well as user interface, cabinet art, and peripherals. This book also considers how ‘Japan’ has been packaged for domestic and overseas consumers, and how Japanese designers have used the medium to express ideas about home and nation, nuclear energy, war and historical memory, social breakdown and bioethics. Placing each title in its historical context, Hutchinson ultimately shows that videogames are a relatively recent but significant site where cultural identity is played out in modern Japan.

Comparing Japanese videogames with their American counterparts, as well as other media forms, such as film, manga and anime, Japanese Culture Through Videogames will be useful to students and scholars of Japanese culture and society, as well as Game Studies, Media Studies and Japanese Studies more generally.