In the Cause of Liberty 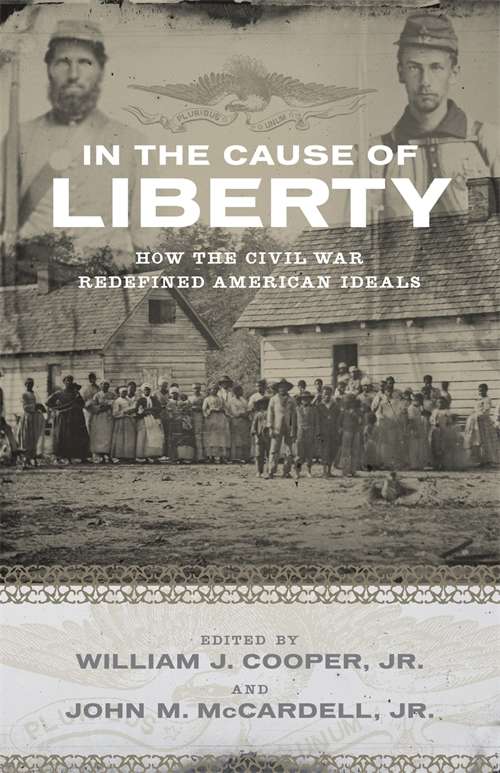 In this remarkable collection, ten premier scholars of nineteenth-century America address the epochal impact of the Civil War by examining the conflict in terms of three Americas -- antebellum, wartime, and postbellum nations. Moreover, they recognize the critical role in this transformative era of three groups of Americans -- white northerners, white southerners, and African Americans in the North and South. Through these differing and sometimes competing perspectives, the contributors address crucial ongoing controversies at the epicenter of the cultural, political, and intellectual history of this decisive period in American history.Coeditors William J. Cooper, Jr., and John M. McCardell, Jr., introduce the collection, which contains essays by the foremost Civil War scholars of our time: James M. McPherson considers the general import of the war; Peter S. Onuf and Christa Dierksheide examine how patriotic southerners reconciled slavery with the American Revolutionaries' faith in the new nation's progressive role in world history; Sean Wilentz attempts to settle the long-standing debate over the reasons for southern secession; and Richard Carwardine identifies the key wartime contributors to the nation's sociopolitical transformation and the redefinition of its ideals. George C. Rable explores the complicated ways in which southerners adopted and interpreted the terms "rebel" and "patriot," and Chandra Manning finds three distinct understandings of the relationship between race and nationalism among Confederate soldiers, black Union soldiers, and white Union soldiers. The final three pieces address how the country dealt with the meaning of the war and its memory: Nina Silber discusses the variety of ways we continue to remember the war and the Union victory; W. Fitzhugh Brundage tackles the complexity of Confederate commemoration; and David W. Blight examines the complicated African American legacy of the war. In conclusion, McCardell suggests the challenges and rewards of using three perspectives for studying this critical period in American history.Presented originally at the "In the Cause of Liberty" symposium hosted by The American Civil War Center at Historic Tredegar in Richmond, Virginia, these incisive essays by the most respected and admired scholars in the field are certain to shape historical debate for years to come.