Apocalypse and the Millennium in the American Civil War Era 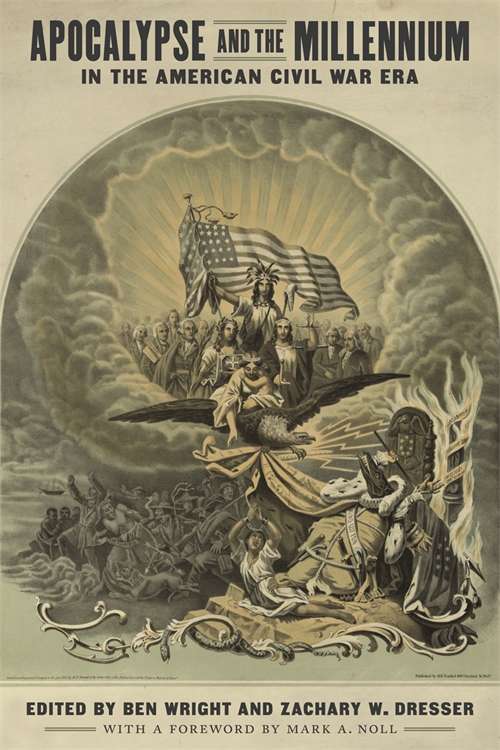 In the Civil War era, Americans nearly unanimously accepted that humans battled in a cosmic contest between good and evil and that God was directing history toward its end. The concept of God's Providence and of millennialism -- Christian anticipations of the end of the world -- dominated religious thought in the nineteenth century. During the tumultuous years immediately prior to, during, and after the war, these ideas took on a greater importance as Americans struggled with the unprecedented destruction and promise of the period. Scholars of religion, literary critics, and especially historians have acknowledged the presence of apocalyptic thought in the era, but until now, few studies have taken the topic as their central focus or examined it from the antebellum period through Reconstruction. By doing so, the essays in Apocalypse and the Millennium in the American Civil War Era highlight the diverse ways in which beliefs about the end times influenced nineteenth-century American lives, including reform culture, the search for meaning amid the trials of war, and the social transformation wrought by emancipation. Millennial zeal infused the labor of reformers and explained their successes and failures as progress toward an imminent Kingdom of God. Men and women in the North and South looked to Providence to explain the causes and consequences of both victory and defeat, and Americans, black and white, experienced the shock waves of emancipation as either a long-prophesied jubilee or a vengeful punishment. Religion fostered division as well as union, the essays suggest, but while the nation tore itself apart and tentatively stitched itself back together, Americans continued looking to divine intervention to make meaning of the national apocalypse. Contributors:Edward J. BlumRyan CordellZachary W. DresserJennifer GraberMatthew HarperCharles F. IronsJoseph MooreRobert K. NelsonScott Nesbit Jason PhillipsNina Reid-MaroneyBen Wright