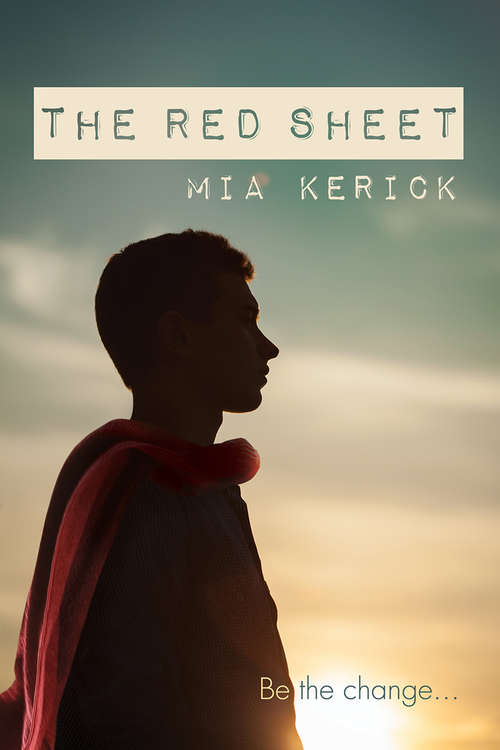 With a foreword by C. KennedyOne October morning, high school junior Bryan Dennison wakes up a different person--helpful, generous, and chivalrous--a person whose new admirable qualities he doesn't recognize. Stranger still is the urge to tie a red sheet around his neck like a cape.

Bryan soon realizes this compulsion to wear a red cape is accompanied by more unusual behavior. He can't hold back from retrieving kittens from tall trees, helping little old ladies cross busy streets, and defending innocence anywhere he finds it.

Shockingly, at school, he realizes he used to be a bully. He's attracted to the former victim of his bullying, Scott Beckett, though he has no memory of Scott from before "the change." Where he'd been lazy in academics, overly aggressive in sports, and socially insecure, he's a new person. And although he can recall behaving egotistically, he cannot remember his motivations.

Everyone, from his mother to his teachers to his "superjock" former pals, is shocked by his dramatic transformation. However, Scott Beckett is not impressed by Bryan's newfound virtue. And convincing Scott he's genuinely changed and improved, hopefully gaining Scott's trust and maybe even his love, becomes Bryan's obsession.