A Social History of Tennis in Britain 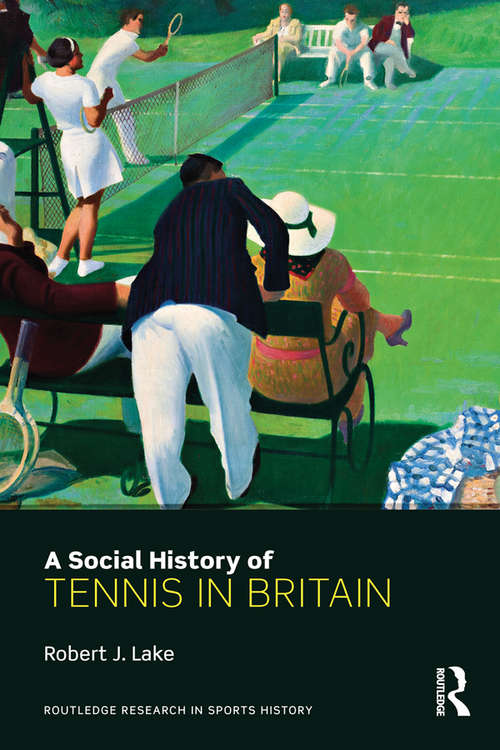 Winner of the Lord Aberdare Literary Prize 2015- from the British Society for Sports History.

Since its emergence as a spare-time diversion for landed elites, the dominant culture in British tennis has been one of amateurism and exclusion, with tennis sitting alongside cricket and golf as a vehicle for the reproduction of middle-class values throughout wider British society in the twentieth and twenty-first centuries. Consequently, the Lawn Tennis Association has been accused of a failure to promote inclusion or widen participation, despite steadfast efforts to develop talent and improve coaching practices and structures. Robert Lake examines these themes in the context of the global development of tennis and important processes of commercialisation and professional and social development that have shaped both tennis and wider society.

The social history of tennis in Britain is a microcosm of late-nineteenth and twentieth-century British social history: sustained class power and class conflict; struggles for female emancipation and racial integration; the decline of empire; and, Britain’s shifting relationship with America, continental Europe, and Commonwealth nations. This book is important and fascinating reading for anybody with an interest in the history of sport or British social history.