Routledge Handbook of the Belt and Road 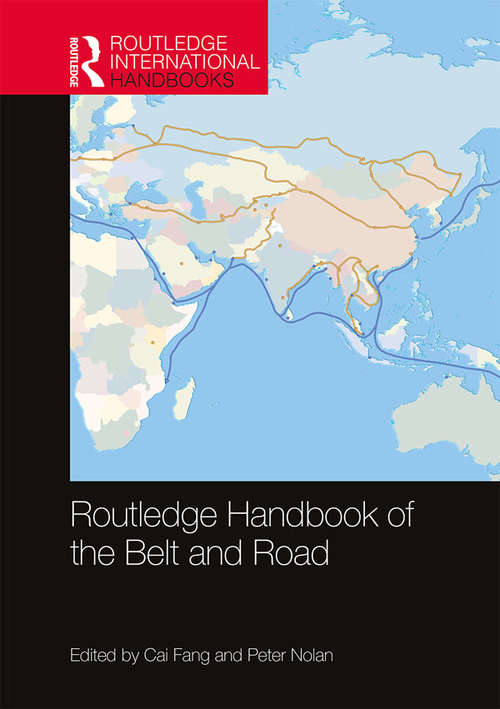 Chinese President Xi Jinping announced the Belt and Road Initiative (BRI) in 2013, a development strategy involving infrastructure development and investments in countries in Europe, Asia and Africa. It has rapidly turned into action, reflected in the establishment of a series of international cooperation mechanisms, landing of cooperation projects, and harvest of some early results. The influence is huge, and controversy is not unexpected. As one of the most frequently mentioned concepts in the official media, how does the “bid to enhance regional connectivity” construct a unified large market through cultural exchange and integration in practice? What is the status quo of building an innovative pattern with capital inflows, talent pool, and technology database?

Routledge Handbook of the Belt and Road is an initial review of the theory and practice of BRI, and is the first handbook of its kind. Contributors are leading subject researchers, aiming to reflect the original intentions and principles, history and current situation, basic knowledge and latest studies. A total of 117 entries related to the BRI have been included, organised into 12 clear parts covering the following key topics: • China’s reform and opening-up and formation of the BRI• Backstory, concept and framework• The five roads and six economic corridors• Foreign affairs with Chinese characteristics• International action plans relevant and similar to the BRI• Case studies of the BRI implementation and promotion

Routledge Handbook of the Belt and Road is an essential guide for researchers, practitioners and observers involved in the BRI construction. Global think tanks, media practitioners and universities will also find the book a useful reference.