Maritime Diplomacy in the 21st Century 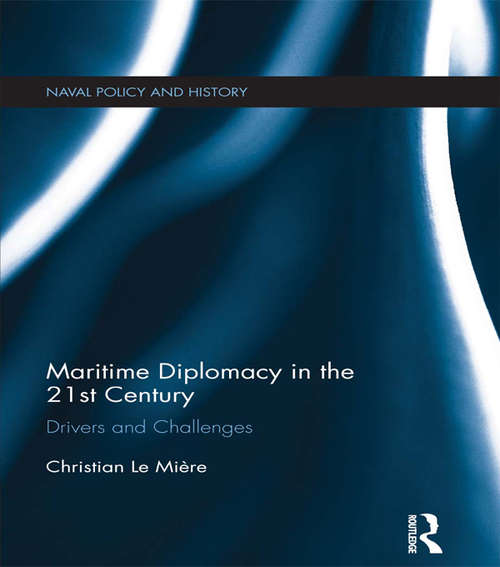 This book aims to redefine maritime diplomacy for the modern era.

Maritime diplomacy encompasses a spectrum of activities, from co-operative measures such as port visits, exercises and humanitarian assistance to persuasive deployment and coercion. It is an activity no longer confined to just navies, but in the modern era is pursued be coast guards, civilian vessels and non-state groups. As states such as China and India develop, they are increasingly using this most flexible form of soft and hard power.

Maritime Diplomacy in the 21st Century describes and analyses the concept of maritime diplomacy, which has been largely neglected in academic literature. The use of such diplomacy can be interesting not just for the parochial effects of any activity, but because any event can reflect changes in the international order, while acting as an excellent gauge for the existence and severity of international tension. Further, maritime diplomacy can act as a valve through which any tension can be released without resort to conflict. Written in an accessible but authoritative style, this book describes the continued use of coercion outside of war by navies, while also situating it more clearly within the various roles and effects that maritime forces have in peacetime.

This book will be of much interest to students of seapower, naval history, strategic studies, diplomacy and international relations.