The NATO Intervention in Libya 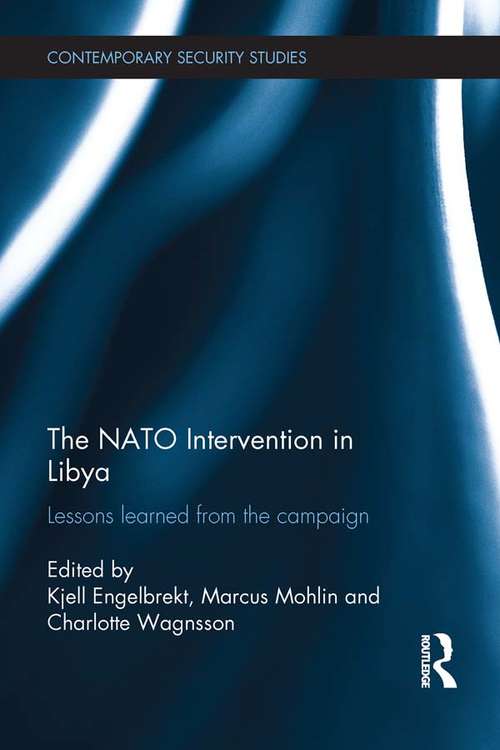 This book explores ‘lessons learned’ from the military intervention in Libya by examining key aspects of the 2011 NATO campaign.

NATO’s intervention in Libya had unique features, rendering it unlikely to serve as a model for action in other situations. There was an explicit UN Security Council mandate to use military force, a strong European commitment to protect Libyan civilians, Arab League political endorsement and American engagement in the critical, initial phase of the air campaign. Although the seven-month intervention stretched NATO’s ammunition stockpiles and political will almost to their respective breaking points, the definitive overthrow of the Gaddafi regime is universally regarded as a major accomplishment.

With contributions from a range of key thinkers and analysts in the field, the book first explains the law and politics of the intervention, starting out with deliberations in NATO and at the UN Security Council, both noticeably influenced by the concept of a Responsibility to Protect (R2P). It then goes on to examine a wide set of military and auxiliary measures that governments and defence forces undertook in order to increasingly tilt the balance against the Gaddafi regime and to bring about an end to the conflict, as well as to the intervention proper, while striving to keep the number of NATO and civilian casualties to a minimum.

This book will be of interest to students of strategic studies, history and war studies, and IR in general.