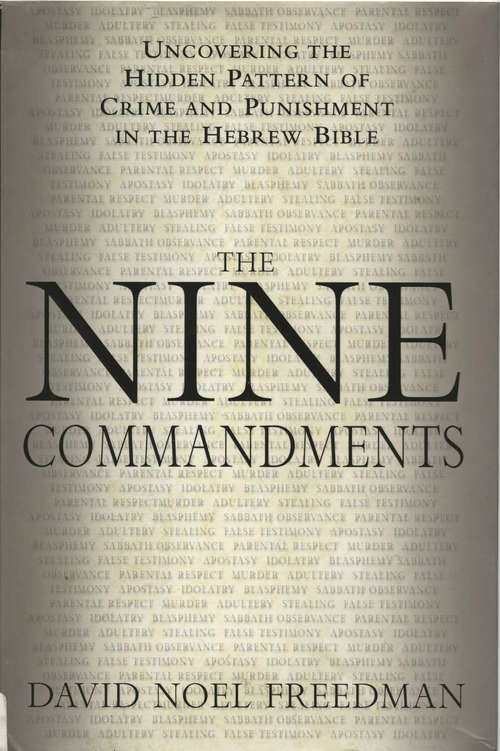 In a book certain to be as controversial as Harold Bloom's The Book of J and Elaine Pagels's The Gnostic Gospels, David Noel Freedman delves into the Old Testament and reveals a pattern of defiance of the Covenant with God that inexorably led to the downfall of the nation of Israel, the destruction of the Temple, and the banishment of survivors from the Promised Land. Book by book, from Exodus to Kings, Freedman charts the violation of the first nine Commandments one by one-from the sin of apostasy (the worship of the golden calf, Exodus 32) to murder (the death of a concubine, Judges, 19:25-26) to false testimony (Jezebel's charges against her neighbor, Naboth, I Kings 21). Because covetousness, Freedman shows, lies behind all the crimes committed, each act implicitly breaks the Tenth Commandment as well. In a powerful and persuasive argument, Freedman asserts that this hidden trail of sins betrays the hand of a master editor, who skillfully wove into Israel's history a message to a community in their Babylonian exile that their fate is not the result of God's abandoning them, but a consequence of their abandonment of God. With wit and insight, The Nine Commandments boldly challenges previous scholarship and conventional beliefs. David Noel Freedman has been General Editor and a contributing coauthor of the Anchor Bible series since its inception in 1956. He is a professor in Hebrew Bible at the University of California, San Diego, and lives in La Jolla, California.